Mntambo’s solitary goal inspired the Buccaneers to a 1-0 win over Botswana champions Galaxy in the playoff round second-leg match at Orlando Stadium in Soweto, Gauteng on Sunday evening.

As a result, Pirates progressed to the group stage after winning the tie 4-0 on aggregate, while Galaxy bowed out of Africa’s secondary club tournament.

Mntambo explained why the defenders and goalkeeper should be praised after the Soweto giants reached the group stage without conceding a single goal in the qualifying rounds.

“Keeping a clean sheet is important. Defending is not only [for] the defenders, the defensive midfielders and goalkeeper, but [we do it] collectively as a team,” Mntambo told the club’s social media platforms.

“We start to defend from the front. Getting a clean sheet gives confidence to the defenders and goalkeeper.”

Pirates started their Confederation Cup campaign against Angolan side Sagrada Esperanca in December 2020 with the Buccaneers claiming a 1-0 win in the first round first-leg game in Luanda.

The Buccaneers won the tie on a walkover after Esperança withdrew from the second-leg match in South Africa, citing health concerns caused due to the new Covid-19 variant.

“But keeping a clean sheet and winning 3-0 away and now 1-0 boosts our confidence going into the group stage.”

The draw for the group stage will be held on Monday at the Caf headquarters in Cairo, Egypt.

Mntambo, who also netted for Bucs in the first-leg clash against Galaxy in Botswana, is now looking forward to their upcoming PSL clash with SuperSport United on Wednesday.

“Besides that, we have a good encounter in the league against SuperSport in midweek,” the former Chippa United playmaker added.

“We need to recover now and stay focused and look forward to the league game. [The] Confed Cup is now out of the way [for] now [and] the main focus is the league.”

Sun Feb 21 , 2021
The Argentinian was an unused substitute in 1-0 victory over Arsenal but City boss says he will get game time soon Pep Guardiola says he cannot wait to get Sergio Aguero back into his side but doesn’t want to risk the Manchester City striker suffering a setback. Aguero was on […] 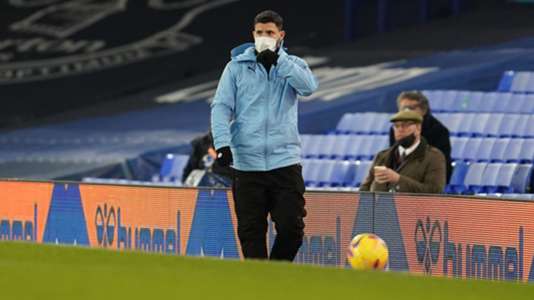