GOAL tells you the fascinating story of Suhail Bhat, who has made a name for himself in his very first exposure trip after scoring against UAE…

Suhail Bhat was in a quandary when AIFF (All India Football Federation) offered him an opportunity. He has always dreamt of representing India on the international stage and yet he was in a dilemma before putting pen to paper, as he thought his studies would take a backseat if he went on to join the India U16 squad.

A student of class 10 at Shah-i-Hamdan Educational Institute, in Bemina, Srinagar, Bhat has always excelled in school. But his passion for football finally got the better of him and the 15-year-old agreed to join the India U16 side.

“He is a very serious student and good in academics. But I let him join because AIFF provides the best platform to grow. There were other teams willing to sign him in Kashmir but I thought it would be best for him to join AIFF’s set up,” stated Sajid Dar, Bhat’s coach and Jammu & Kashmir Sports Council Football Academy’s honorary technical director, to Goal.

Bhat was first spotted by Dar during one of the scouting sessions undertaken by the Sports Council under ‘Mission 22’ which involved looking for talents in the then 22 districts of J&K to unearth potential players. In 2017, he was selected as a forward from the Srinagar camp in the U-13 category.

But soon the kid proved himself to be too good for his age. Dar along with Mehrajuddin Wadoo, the academy-in-charge, decided to promote him to U15. After spending almost a year he was once again promoted and this time to the U18 team.

“We had our eyes on him because he was showing a lot of promise. He has good height and is well-built. Mujhe laga yeh aagey jayega (I felt that he would go forward in his career),” reminisced Wadoo while reflecting on his progress.

Bhat boasts of impressive physical attributes needed for a target man. He also has a lethal right foot and his knack for finding spaces behind opposition centre backs makes him a typical poacher. But the most important characteristic is his perseverance for perfection.

“He is a hard worker. That will make the difference. Moreover, he is Around 5’9”. He will still grow. He has an eye for goal. And he makes the most of his height,” stated Wadoo.

The youngster had played in the youth leagues of AIFF but Dar and Wadoo wanted to test him against more senior opposition and fielded him in the Premier Division of the Jammu & Kashmir state football league. After watching him excel against the big boys, both his coaches felt that he can break through into the India U16 squad. Hence they connected with coach Bibiano Fernandes and requested a trial. Bhat went to Goa and within a few training sessions, Fernandes was impressed.

“We wanted to push his limits. If he was going to attend the national camp he should not feel that he is underprepared. Moreover, we did not want to recommend until we were entirely sure of his qualities. Therefore it was necessary for him to prove himself against his seniors,” reasoned Dar.

Both Wadoo and Dar were glued to Indian Football Team’s social media page on Sunday evening as India took on UAE in a friendly. Bhat started on the bench but was brought on in the second half. Within minutes he got a sight of goal but fired wide, but in the 79th minute when Tyson Singh drilled in a low cross, he made no mistake to put the ball in the back of the net.

“Yeh darta nehi hai. (He is not afraid). He will try to take on defenders and dribble past them. He is a good prospect. He is under a good coach like Bibiano and going into exposure trips will help him grow even more,” opined Wadoo.

This was his first exposure trip and the young lad has started off on a bright note, taking a step in the right direction. There’s little doubt that he has quality. But to succeed at the highest level he has miles to go. If he keeps his head down and continues to be a ‘hard worker’, as Wadoo mentioned, he will be one of the players to watch out for in the upcoming years.

Wed Jan 27 , 2021
The German tactician cut a frustrated figure after the Buccaneers failed to take their chances against the Rockets Orlando Pirates head coach Josef Zinnbauer says his side is missing a ‘typical’ striker following their draw with TS Galaxy on Tuesday evening. The Buccaneers were held to a 1-1 draw by […] 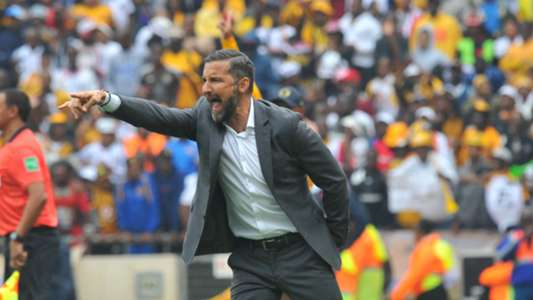