She credits Chaoba Devi for her development as a professional footballer…

Football is not just a sport in northeast India. It’s an obsession.

However, in school, Ashalata Devi had never seen a girl’s football match being hosted on the annual sports day. The boy’s team would play and their role was limited to being mere spectators. It seemed odd to her, but who would bell the cat?

After much thought and mustering all her courage, she walked up to the physical education teacher and feverishly asked if a girl’s match could be organised.

“He agreed. He then asked us to make two teams of 11 so that a match could be organised. It was like my first match,” reminisced the India international to Goal.

It was one of those school matches where there are little tactics and all energy. 22 girls were running after the ball and neither of the teams could score a goal. It went to tie-breakers and Ashalata converted one of the spot-kicks to score the first goal in her life.

The match stoked the simmering fire in the girls and soon it was a rage. Around 10-15 girls started practicing regularly with the boys. After school, it seemed that nothing in the world could stop Ashalata and her friends from drinking the new elixir that they had found in football. But, her family abhorred the idea of girls playing football.

” After two-three months, everything stopped. After practice, I was beaten up by my mother (laughs). So I had to leave then.”

However, her spirits remained high. And soon she would sneak out of her house in the afternoon and join the practice sessions. But once the results came, everything was out in the open.

“I did not do well and they found out where I was going. She always said,’ tujhme agar sharam naam ke koi cheez hai toh football chod deti.’  (if you have any shame in you,  you would have left football.’) (laughs) But that time it was really difficult.”

In spite of the challenges, she joined KRYPSHA FC (Kangchup Road Young Physical and Sports Association) in 2008. That could well augur as the turning point of her career.

“Chaoba ma’am was the coach. It was my first training under a professional coach. I started off as a central midfielder. But the club needed a defender. Chaoba ma’am requested me to play as a defender. I refuted her many times. I did not like playing at the back. I wanted to go forward with the ball. But she helped me a lot understanding the role of a defender. She helped me improve my positioning and game reading. Since then I have been a defender,” the 27-year-old revealed.

She started playing for Manipur and during the nationals, she was spotted by the selectors for India U17 squad. It was at this juncture that her family gradually started to accept her as a footballer.

But to get selected for the India senior team she had to improve in leaps and bounds. She was not one of the sturdiest and her endurance level was rock-bottom.

“Chaoba ma’am used to take endurance tests and even though I completed, the results were poor. On one occasion I even started vomiting after it. I got a lot of scolding. I felt very bad after that rebuke. So I started climbing the hillocks behind my house to increase my endurance. Even during monsoons, when all players were on a holiday we defenders used to practice sliding and heading. So she has been a wonderful mentor to me.”

Nominees for AFC Player of the Year (Women)

Three years she worked on herself and finally in 2011, she made the national team debut. Since then she has not looked back. She has won the AIFF Women’s Player of the Year for her performance in 2018-19 and was even nominated by AFC amongst the top-three players in Asia along with China’s Li Ying, who was a part of the team in the Women’s World Cup in France and Japanese midfielder Saki Kumagai, who won the Women’s Champions League for Lyon.

It was under her leadership that India reached the second round of Olympic qualifiers for the first time in history before getting knocked out by Myanmar on goal-difference. India have also seen a steady rise in the FIFA rankings. They are ranked 53rd in the world and a strong show in the Asian Cup qualifiers later this year could potentially fire them into the top 50.

“We have played a lot of friendly matches in these past two-three years. That counts a lot. We have won some good matches that helped in rankings. We have changed our approach to football. We are focussing on fitness and diet. These things were not done even a few years back. Maymol (Rocky) ma’am is a good coach. She is very helpful and is a smart coach. That has also helped us,” explained the skipper.

Ashalata marshalled her defence and ensured that the team had the best defensive record in the group during the Olympic qualifiers. In the end, the team could not get over the line. However, she wants to make amends when India hosts the AFC Asian Cup in 2022. A knockout berth would more than suffice for the earlier disappointment.

Sun Feb 7 , 2021
FC Goa have changed after Sergio Lobera’s departure… Sergio Lobera’s Mumbai City are set to face FC Goa for the second time this season in the 2020-21 Indian Super League (ISL) on Monday. The Islanders are at the top of the league table after 15 matches with 33 points in their […] 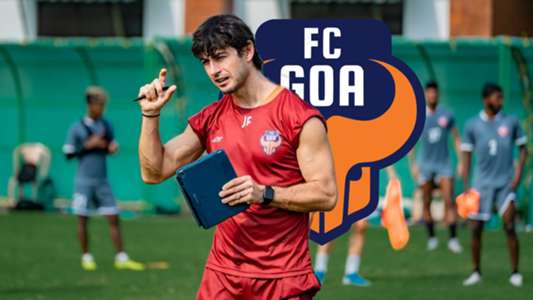