Chippa United are planning to turn up the heat on new Kaizer Chiefs coach Gavin Hunt by taking points off Amakhosi at the Nelson Mandela Bay Stadium on Tuesday night.

This is according to their captain and goalkeeper, Veli Mothwa.

Chippa will go into the game on the back of a 1-1 draw against Cape Town City last weekend. And having come from a goal down, and finished as the stronger team against the Citizens, there will be a fair degree of confidence within the Chilli Boys camp.

Amakhosi, meanwhile, have played twice this season – they scraped through in a 2-1 win over Maritzburg United in the MTN8 quarter-finals and were then beaten 3-0 by Mamelodi Sundowns in their opening league fixture.

Always under scrutiny as the biggest club in South Africa, the pressure will soon build on Hunt and his men if they don’t start putting results together quickly.

That could work to Chippa’s advantage. And there’s also the matter of revenge – last season the Chilli Boys lost twice to Amakhosi and ended the second match with nine men after two red cards.

With this in mind, the Eastern Cape side are fired up to give the Soweto giants a torrid evening.

“They might be a wounded lion‚ but so are we,” Mothwa told Sowetan Live.

“Remember what Chiefs did to us [last season]? So there is no peace‚ no forgiveness for what they did to us.

“No matter what they bring at us we are going to fight‚” Mothwa continued. “Whoever wants it more and works harder to succeed will be the happier team.”

According to the Chippa keeper, the key to success will be for his men to keep cool heads against their more illustrious and experienced opponents.

“Yes it is a big-time game‚ we understand it will be tough. But I think it will come down to how we apply our minds and work towards achieving what we need to on the pitch‚” he explained.

In 16 previous games against the Glamour Boys, Chippa have won five and lost nine.

Tue Oct 27 , 2020
Date published: Tuesday 27th October 2020 7:44 West Brom boss Slaven Bilic has vented his frustrations at his superiors after they agreed defender Ahmed Hegazi’s exit without his permission. Hegazi has proved an important part of the Baggies’ plans since his arrival in 2017, making 104 appearances since. And while […] 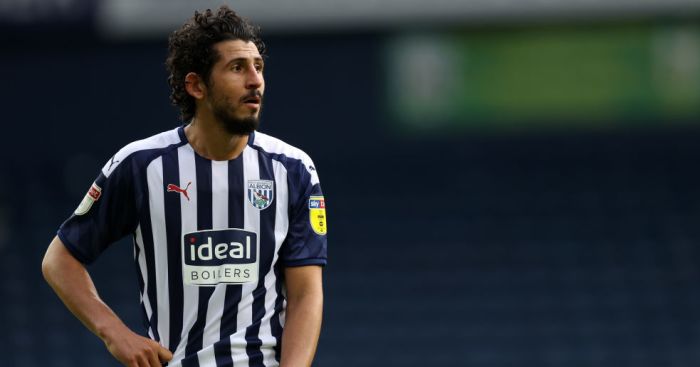