Bakgaga’s win over Lidoda Duvha sees them moving above Kaizer Chiefs into the top eight, Amakhosi having drawn 1-1 with SuperSport United earlier on

Two penalties at the Nelson Mandela Bay Stadium resulted in a 1-1 draw between Chippa United and TS Galaxy, while Baroka FC claimed the derby spoils with a 2-1 win over Black Leopards.

Two goals in quick succession at the Nelson Mandela Bay Stadium saw Chippa United and TS Galaxy effectively cancelling each other out.

In a lively encounter Chippa had an early chance when Sizwe Mdlinzo had his fifth minute shot deflected for a corner.

After that Galaxy began to take control and should really have been in the lead at half time, but Lindokuhle Mbatha had a shot saved by Ayanda Mtshali while Masilake Phohlongo fired a free kick over the bar.

The Rockets continued to pile on the pressure in the five minutes before the break, but still they could not get on the score-sheet as Mxolisi Macuphu missed from close range before Wayde Lekay and Mbatha also failed to hit the target with their efforts.

Veteran former Mamelodi Sundowns attacker Anthony Laffor was involved in the opening goal as he was fouled by Galaxy defender Bathusi Aubaas to earn a penalty, which Andile Mbenyane dispatched in the 61st minute.

The lead however was short-lived as just five minutes later Chippa defender Frederick Nsambiyumva was ruled to have fouled Macuphu in the box, and Mbatha held his nerve from the spot kick.

The Chilli Boys ended the match with a man short after Nduduzo Nhlapo was red-carded for a dangerous foul on Phohlongo in the 86th minute.

Chippa are 12th on the standings, Galaxy 11th.

After a tight first half, a 60th minute own goal by Kenneth Nthatheni allowed the hosts to go in front.

It was then 2-0 when Joslin Kamatuka converted an opportunity just five minutes later.

An 83rd minute goal by Nthatheni, some respite for his earlier own goal, gave Lidoda Duvha some hope.

But that was all it proved to be as Baroka held on to celebrate the derby victory at the final whistle and to move into the top eight at Kaizer Chiefs’ expense.

The loss leaves Leopards rooted to the foot of the table with nine points, behind Maritzburg United on goal difference.

Sat Feb 20 , 2021
Roxana Maracineanu is hoping to see the World Cup winner commit to a contract and end any uncertainty regarding his future at Parc des Princes Kylian Mbappe is so important to Paris Saint-Germain and French football that the nation’s Minister of Sport, Roxana Maracineanu, has added her voice to those […] 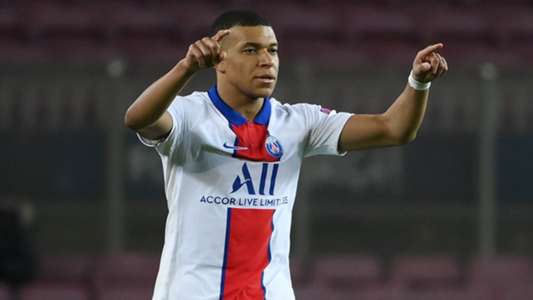