Nigerian forward Promise Chinoso is among eight players who have been released by FKF Premier League side Sofapaka.

According to a list of axed players obtained by Goal, others who have gone with Chinoso are former KCB defender Jacobs Faina, defender Bryson Juma, who was signed in November from second-tier Soy United, midfielders David Simiyu and Collins Wakhungu, goalkeeper Isaiah Wakasala, Ghanaian striker Jedinak Nana and another Nigerian striker Michael Karamor.

Sofapaka president Elly Kalekwa has confirmed to Goal the exit of the players, insisting he will beef up the squad with new signings.

“We have released eight players as per the recommendation of our coach and we will also try to sign areas that we feel need strengthening,” Kalekwa told Goal on Tuesday.

Asked whether they are interested to sign Timothy Otieno, who terminated his contract with Napsa Stars of Zambia three days ago, Kalekwa said: “We are in the market for a striker and I know Timothy [Otieno] well, so we will cross the bridge when we reach there.

“He is a good striker, and I will not mind having him in my squad, but let us wait and see what happens.”

Sofapaka have not started the season as anticipated as they have struggled to win matches and are currently in the eighth position on the 18-team league table with 10 points from eight matches.

The mid-season transfer window opened on Monday with Mathare United the first team to do business when they announced the departure of Moses Mburu and Francis Omondi.

Mburu – a former AFC Leopards full-back – quit football for good as he wants to focus on his flight dispatcher career while Omondi, on the other hand, left due to the expiration of his contract.

Mathare United are expected to be engaged in the transfer window as they look for replacements for Omondi and Mburu as well as strengthening the squad.

Tue Jan 26 , 2021
The league champions have outlined plans to beef up their squad in the mid-season window as they chase the league title Gor Mahia have entered the race to sign forward Ovella Ochieng and defender Bolton Omwenga. After the FKF Premier League transfer window opened on Monday, Goal can exclusively reveal […] 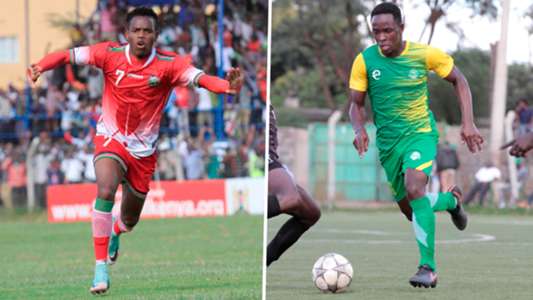