Former Blues defender Mario Melchiot has been impressed by a Spain international in a wing-back role, with tactical tweaks made in west London

Ben Chilwell’s position and future at Chelsea are already “questionable”, says Mario Melchiot, with a £50 million ($69m) addition by the Blues losing his place to Marcos Alonso.

The England international was taken to Stamford Bridge during the summer of 2020 by Frank Lampard.

Positive progress was made on the back of a big-money switch, once an early injury was shaken off, and the left-back berth appeared to have become his own.

A change in the dugout has, however, delivered tactical tweaks on the field, with Thomas Tuchel reverting to a three-man defence.

With wing-backs now being favoured, Spain international Alonso – who found himself frozen out under Lampard – has earned a reprieve.

He has caught the eye through a run of three successive clean sheets under a German coach, leaving Chilwell to mull over where he stands.

Former Chelsea full-back Melchiot told talkSPORT: “One manager wants you for a particular system so it was more like a 4-3-3, but now the system has changed and made it really questionable for Chilwell.

“It doesn’t mean he’s not a good player; I always admired him because I like him as a player, but Alonso knows this way of playing.

“Alonso has grabbed the opportunity, scored a goal, made a difference in the team and looks really comfortable. He looks very good compared to a player that hasn’t played for so long. Look how fit he is and how he is playing.

“He looks comfortable on the ball. We all know he’s good, he does his job and that is why he’s playing.”

Chelsea had been struggling for consistency when Lampard was ushered through the exits, but seven points from nine have been picked up under Tuchel.

The Blues are back up to sixth in the Premier League table, four points adrift of the top four, and Melchiot believes Champions League qualification can be chased down.

The Dutchman added: “Oh yeah, by far they can get that.

“This is only the first test he [Tuchel] had, so we have to realistic. Do they have the chance? Yeah.

“I always felt Chelsea had to aim for the Champions League spots and go for it. The only thing now is how are they going to perform in the next game. This was his first biggest test.

“If you saw Tuchel [against Tottenham], it was the first time he emotionally reacted in a different way than when we saw before.

“He knows there is no waiting time. The way he delivered the team to make them win, this win was way bigger than we thought it would be for him.”

Chelsea edged out Spurs 1-0 in their last outing and will be back in action on Sunday when they take in a trip to rock-bottom Sheffield United.

Sat Feb 6 , 2021
The hosts lost their first tie three days ago but ensured they emerged with a huge win during the second match Tanzania U20 emerged 5-3 winners against Uganda U20 in a second encounter of the pre-African Cup of Nations mini-tournament on Saturday at Chamazi Sports Complex in Dar es Salaam. […] 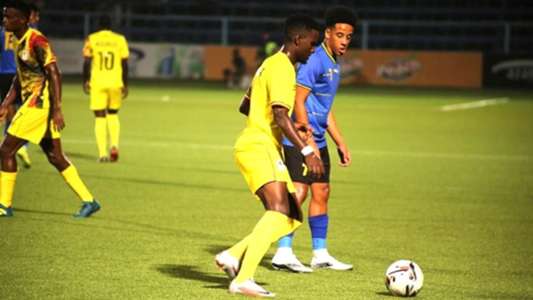