UEFA is exploring options with Atletico Madrid for an alternative venue for the Champions League match against Chelsea on February 23 after the Spanish authorities banned travel from the United Kingdom.

The match was due to be played at the Wanda Metropolitano Stadium but UEFA regulations dictate that an alternative venue must be found by the Spanish club.

Goal understands that Atleti have outlined Warsaw and Bucharest as possible alternatives for a UEFA approved neutral venue to host the match. UEFA is in contact with the clubs to resolve the situation.

Editors’ Picks
When will a decision be made?

Atletico Madrid will inform UEFA of their proposal in the next 24 hours which will then be ratified by European football’s governing body before the decision is officially communicated.

UEFA has the right to postpone the match or rearrange the fixture but it is unlikely to do so to avoid any potential knock-on effects to the clubs’ fixture lists.

If a fixture fails to go ahead, UEFA reserves the right to impose a 3-0 defeat to the club it deems responsible for causing the match to be postponed.

Why has Spain banned visitors from the UK?

The Spanish Ministry of Health has put in place an evolving number of restrictive measures on travel ever since the country issued a state of emergency on October 25, 2020.

The UK has amongst the highest number of coronavirus cases including a particularly transmissible new variant of the disease which has led to bans from some countries in Europe.

Clubs like Atletico Madrid may find that their government won’t allow them to host an event which involves travel from the UK.

It is understood that Chelsea’s match at Stamford Bridge isn’t under threat as the UK has not banned visitors from Spain.

Manchester United’s trip to San Sebastian to face Real Sociedad in the Europa League may also be affected.

Who will it benefit?

Chelsea may stand to benefit from the tie being rearranged. Still, there have been more away wins than home wins in the Premier League so far, showing that the impact of having no supporters in stadiums is being felt in the sport.

Atleti are famous for having a particularly volatile atmosphere in La Liga but they wouldn’t have been allowed fans in for their game had it gone ahead in Spain.

However, the coronavirus pandemic could still impact the upcoming matches in the Champions League and Europa League with players likely to succumb to the virus before matches.

Chelsea have some injury doubts for the upcoming tie including Thiago Silva and Kai Havertz, but Atleti might lose players to the virus.

Mon Feb 8 , 2021
A hugely respected figure in the English game has died, tributes have flooded in for a man described as a “pioneer” and an “inspiration” Tony Collins, England’s first black manager, has passed away at the age of 94, it was confirmed on Monday. A former left-winger, Collins was also the […] 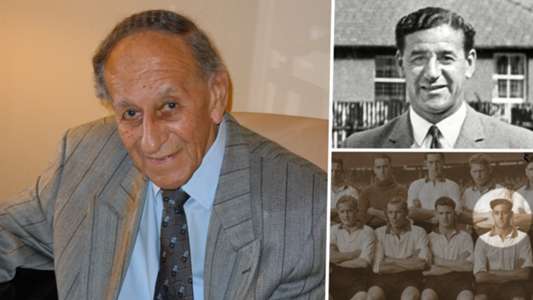