The Blues boss was axed on Monday, with his poor transfer record one of several things held against him

Recruitment has always been a critically important element of football business and of success in the sport.

With that in mind, Frank Lampard will surely be questioning whether this was something that he didn’t get right after being dismissed from his position as Chelsea head coach on Monday.

Managers often live and die by the talent they can get through the door, their ability to get the best out of the players at their disposal and their capacity for forging a cohesive unit from their personnel.

However, while Lampard earned plaudits for the way he handled affairs in light of the club’s transfer ban and the sale of Eden Hazard in his first season in charge, he’s undone much of the goodwill in his second campaign.

Largely, Lampard has found himself under pressure due to his inability to forge a cohesive winning unit out of his expensive summer signings, with owner Roman Abramovich clearly having expected to see much more from his considerable outlay.

“I’m not wholly surprised, as much as I would’ve been this time last week,” ex-Manchester United and England right-back Gary Neville told Sky Sports News, when discussing Lamps’ exit. “There were rumours starting to surface towards the end of the week that Frank was coming under pressure.

“When that happens at Chelsea, the end is pretty much a consistent one whereby the rumours start to come out and then it happens pretty quickly,” he added. “I was a little surprised when I heard the news given that Frank has only had a short amount of time with a new group of players, but he was given a period last year when the club were under a transfer embargo, and that almost shielded him.”

For Neville, the club’s hefty €247.2 million outlay during the summer cranked up the pressure on Lampard and led to expectations that he couldn’t meet.

“He did a great job in that period, but the minute the club started spending the money that they did in the summer and brought those players in, it was always going to bring a lot more expectation,” Neville continued. “We know what happens at Chelsea when more expectations come, in the sense that they want instant results.

“With one of the biggest budgets in the league and the biggest transfer spends comes greater expectations, and at Chelsea over many years their approach to managers has been very consistent. Frank knew that when he took the job.”

Indeed, looking to those transfers, and the €247.2m of Abramovich’s money that Lampard spent, one can begin to understand why the experienced Russian football administrator got twitchy.

Of his seven high-profile additions, two—Thiago Silva and Malang Sarr—arrived on a free transfer, and while the latter is one for the future, the former has been a valuable addition so far.

He immediately improved the Chelsea defence after some struggles last term—helped by the relegation of Kepa Arrizabalaga—and brought his extensive experience with AC Milan, Paris Saint-Germain and the Brazil national team to the Blues backline.

Even at 36, Silva adapted well to life in a new league—and in the intense Premier League—and his performances against the likes of Stade Rennais, Sheffield United, West Ham United and, recently, Fulham, formed the bedrock of some memorable victories.

Admittedly, he’s had some troubles over the last few weeks, but after keeping six consecutive clean sheets—and for a bargain basement fee compared to Kepa—he has to be considered a ‘hit’ for now.

However, Mendy’s edginess over the last few weeks may, when the dust settles, be identified as a key reason why Chelsea have steadily looked more unconvincing as the season has worn on.

A case could be made as well that neither Ben Chilwell or Hakim Ziyech are dreadful additions, even if they haven’t shown their true quality so far.

The former—an England left-back signed from Leicester City for €50.20 million—is only 23, and still has time on the top as he looks to repay his transfer fee.

He’s struggled of late, but he impressed—particularly going forward—during his early months at the club, and has had a hand in six goals so far this season.

Chelsea needed a new left-back, and the outlay on Chilwell—if perhaps a little steep—isn’t too far form the going rate for a player of his quality and experience.

Certainly, Chilwell, Silva and Mendy have improved the Chelsea defence, albeit for the best part of €75 million.

Ziyech is a more complicated case.

There were glimpses—notably in the outstanding performance against Sheffield United—that the Moroccan can bring his sensational creative qualities to the top flight, albeit not quite at the same rate as in the Eredivisie.

However, fitness issues slowed his progress at the start of the season, and then subsequent injuries during the campaign have further limited his ability to make an impact at Stamford Bridge.

Had Ziyech maintained his autumn form through the winter, then Chelsea would perhaps not be in this same situation, but one assist in his last 10 outings paints a very sorry tale.

Can he rediscover his previous form under Lampard’s replacement?

Whoever replaces the Chelsea boss will be charged with getting the best out of Timo Werner and Kai Havertz, the Blues’ two biggest arrivals—and their biggest disappointments.

The former scored four in his first eight games—including an irresistible display against Southampton where he scored twice and grabbed an assist—to suggest he was getting the hang of English football.

However, he’s since scored just once—against Morecambe—since November 7, and has failed to net in 15 of his last 16 games.

His confidence continues to ebb away, and at €53 million, he appears worryingly destined to become the latest in a long line of big money, high profile strikers who flopped at Stamford Bridge.

Even his toil, however, aren’t quite as concerning as those of his compatriot and fellow new boy Havertz, who arrived from Bayer Leverkusen for €80 million.

One goal and two assists from 16 Premier League outings is a poor return from a player of whom so much was expected, and unless he improves dramatically, he could become one of the Prem’s all-time transfer flops.

Even with his coronavirus diagnosis, and some injury concerns, Havertz has done precious little to suggest that he can adapt to the top flight.

Recruitment and transfer dealings are critical elements of football business and of success in the modern game. With so many question marks around the personnel signed for such a major outlay, it’s perhaps little of a surprise that Lampard has found himself out of a job.

'Bank of England money, and Bank of Scotland too!' - Moyes fires out Rice warning after Lampard dismissal

Tue Jan 26 , 2021
David Moyes has reiterated that it would take “Bank of England money” for Chelsea to pry Declan Rice away from West Ham in the wake of Frank Lampard’s dismissal. Chelsea parted ways with Lampard on Monday, ending the club legend’s managerial tenure after less than two seasons in charge. Throughout […] 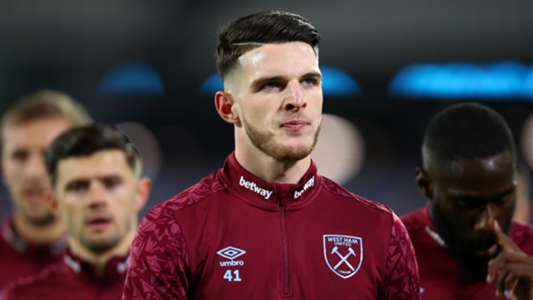