The German manager says the Blues approached him over replacing Frank Lampard, but he did not wish to take up a short-term project

Ralf Rangnick has claimed that Chelsea wanted to bring him in as their new interim coach before turning to Thomas Tuchel.

Frank Lampard was relieved of his duties at Stamford Bridge on January 25, with Tuchel drafted in as his replacement having been sacked by Paris Saint-Germain the previous month.

Ex-RB Leipzig boss Rangnick was also touted as a contender for the role at one stage and he has now confirmed that the Blues offered him the chance to step into the dugout on a caretaker basis.

Rangnick told The Times of his negotiations with Chelsea: “I said: ‘I would like to come and work with you, but I can’t do it for four months. I’m not an interim coach.”

Asked if he would be open to taking up a different position in the Premier League in the future, he added: “it would have to be something special. It depends on the club and whether you want to work with a German coach.”

It has been reported that Rangnick was among those interviewed to succeed Roy Hodgson as England’s new permanent boss prior to Sam Allardyce’s appointment in 2017.

Allardyce only took charge of one competitive game before being sacked amid allegations of corruption, with Rangnick now revealing that he was the current West Brom manager’s main competitor for the job.

“The England job was between me and Allardyce. They decided on Sam. We know how that went,” he said.

Who else has Rangnick managed?

In addition to his two spells in the hot seat at Leipzig between 2015 and 2019, Rangnick has coached ten different clubs over the course of his managerial career – all of which have been based in Germany.

Schalke, Hoffenheim, Hannover and Stuttgart are among those to have benefitted from the 62-year-old’s wisdom, and he has also been credited for influencing Tuchel, Julian Nagelsmann, Ralph Hasenhuttl and Jurgen Klopp.

Gerrard: Why I started Aribo against Kabamba’s Kilmarnock

Sun Feb 14 , 2021
In the wake of their victory over Tommy Wright’s Killie, the Englishman explained his decision to hand the Nigerian a starter’s role Steven Gerrard has revealed why he started Nigeria international Joe Aribo in Saturday’s 1-0 defeat of Kilmarnock in a Scottish Premiership showdown. Unbeaten in their last 11 league […] 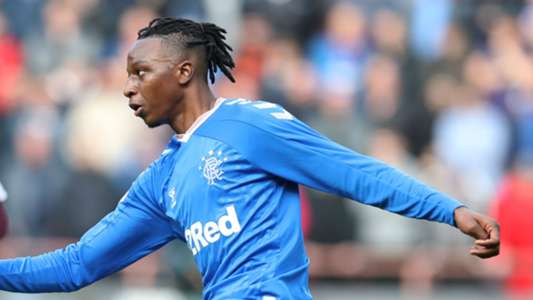