The impending arrival of Timo Werner will give one Chelsea superstar headaches, while Gabriel Agbonlahor has expressed how this situation will feel for that player.

The Blues pulled off the biggest transfer of the summer recently in the form is RB Leipzig hitman Werner.

The German marksman has been in outstanding form this season, notching 32 goals from 43 appearances.

Chelsea fans will be hopeful that sparkling form can translate to the Premier League next season, with the bargain fee paid revealed in detail here.

Blues director Marina Granovskaia was understandably enthusiastic about the deal, stating: “We are very excited that Timo Werner has chosen to join Chelsea. He is a player who was coveted all over Europe and it is no surprise. He has that rare mix of being young and exciting and yet established and proven.

“We can’t wait to have Timo on board, but until then we wish him and RB Leipzig all the best for the rest of this season.”

The arrival of a player of the quality of Werner is sure to have collateral effects on the squad, however.

One player who could now face a fight for his starting berth is academy graduate Tammy Abraham.

The England international has operated at better than a goal every other game in the league this season. But Danny Mills foresees a “battle” to retain his hard earned spot next year. 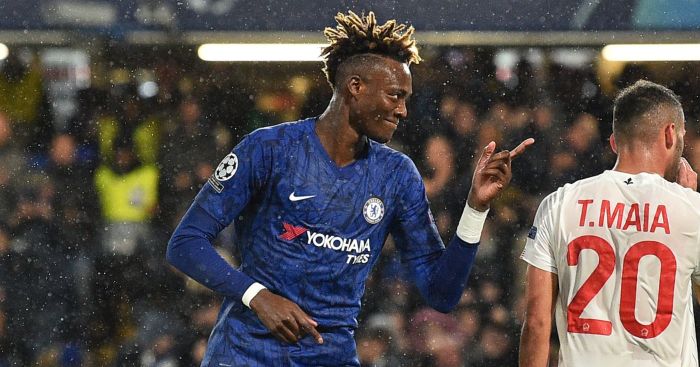 Describing the coup, Mills said of the transfer to Sky Sports: “Very good. Obviously they’ve got the likes of [Hakim] Ziyech coming in as well.

“It looks like they’re putting together a very good, young talented squad of players.

“They’ve got the likes of Tammy Abraham and Mason Mount. They both had a breakthrough season this year as well and I think they’re building for the future.

“Werner is undoubtedly a striker with fabulous quality and I think he will add to them.

“He will probably go in as the no 9 and it’ll be a battle between him and Abraham to see who can get the shirt permanently.”

Abraham’s situation of being an academy product forced to scrap for his spot after a blockbuster new arrival is a scenario not unfamiliar with the ex-Villa forward.

Also speaking to Sky Sports, Agbonlahor described how Abraham will react to news of the transfer.

“I think you’re excited to fight for your place.

“You know that they’ll have a lot of games to play in the cups and in the league for Abraham to play on his own.

“I think [Olivier] Giroud hasn’t been the same player and [Michy] Batshuayi has struggled.

“So it’s going to help Abraham. He’s got something to fight for now. He’s not going to be guaranteed to start which he probably has been this season.

“It’s a big thing for Chelsea and I’m really looking forward to watching them play next season.

Meanwhile, a Chelsea star has reportedly refused to finish the season after agreeing terms on his next move.

Thu Jun 18 , 2020
The midfielder was left out of the matchday squad to face Manchester City on Wednesday night but appears to still be committed to the cause Mesut Ozil appeared to show he is still completely committed to Arsenal after posting an image of him clutching the Gunners badge accompanied by the words […] 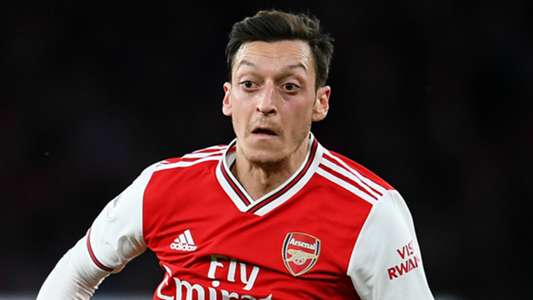