Former Chelsea defender Glen Johnson has urged his old club to continue their pursuit of Ben Chilwell, claiming that the Leicester star represents an improvement at left-back.

Chilwell, 23, has been one of the stars of the 2019-20 season for the Foxes as they sit in third place in the Premier League ahead of the likes of Arsenal, Chelsea and Manchester United.

That talent has not gone unnoticed, with the Blues in particular linked with a move this summer amid reports Leicester will demand upwards of £80 million ($101m).

And Johnson believes that the youngster has everything it takes to thrive in west London, telling talkSPORT: “I’ve said many times I am a fan of Chilwell.

“I like the way he carries himself. You don’t really hear him unless it’s football related which I like, and I think he’s the sort of player Lamps [Frank Lampard] would connect with.

“I know Ashley Cole was irreplaceable, but in terms of a natural, solid left-back, they haven’t had one for a while and I think he’ll do very well.”

Marcos Alonso is the current occupant of the left-back spot, but Johnson believes that the Leicester man is more suited to the position.

“Alonso is a fantastic player. But I don’t think he’s a solid natural left-back,” he added.

“It’s a hefty price tag, there’s no doubting that, but if [Chelsea] can get a deal for him that is reasonable then he’s a player they should try to get.”

Chelsea, who were banned from last summer’s transfer window and refrained from entering the market in January, currently occupy fourth place in the Premier League as they prepare to resume their campaign following the three-month hiatus caused by the coronavirus pandemic.

Frank Lampard’s charges will return to action for the first time on June 21, when they visit relegation battlers Aston Villa at Villa Park.

Mourinho hands Tottenham star ultimatum as he plans for next season

Thu Jun 11 , 2020
Date published: Thursday 11th June 2020 8:49 Tottenham boss Jose Mourinho will hand Erik Lamela an opportunity to prove why he deserves a place at the club next season, according to a report. Lamela is one of Spurs’ longest-serving players after joining from Roma for a then-club-record £30million. However, he […] 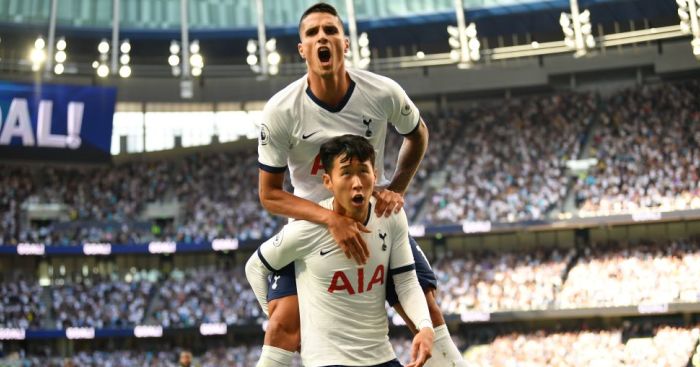