The 34-year-old has been in red-hot form for the Blues, scoring eight goals in his last seven outings in the Premier League and Champions League

Pirlo saw his side defeat Udinese 4-1 on Sunday, a win that took them into fifth place in Serie A. The Bianconeri are, however, still 10 points back of table-topping AC Milan, who have played one more game than the defending champions.

Juve’s attack has faltered in the 2020-21 campaign, with Goal reporting earlier this week that the club are eyeing a move for former Italy international Graziano Pelle.

Giroud could be another option for the club, as the France striker enters the final six months of his contract at Stamford Bridge.

The 34-year-old has hinted he will stay with the Blues for at least the rest of the season, after a strong run that has seen him score eight goals in his last seven outings in the Premier League and Champions League.

Pirlo didn’t deny that such form has caught his attention. When asked about a possible move for Giroud, he replied to DAZN: “He’d be handy!

“The window opens tomorrow, we already discussed with the club what we want to do and if there are any opportunities. Maybe a striker that can rotate with our strikers.”

Paulo Dybala could also provide Juve with a boost in attack during a season in which the forward has been in and out of the lineup through injury and Pirlo’s decision.

Dybala scored Juve’s fourth goal on Sunday, and Pirlo was quick to stress the Argentine’s importance to his side.

“We need Dybala, he needs us,” Pirlo said. “He worked very well during the week in training, we could tell during the match that he was in better physical condition and we kept him on to the end because we hoped he would score that goal.”

Juventus fell 3-0 to Fiorentina before Christmas in their most recent match before Sunday, a result that Pirlo admitted had an effect on his players against Udinese.

“It wasn’t the best Juventus, as we were coming off a bad defeat to Fiorentina, so we started quite timid and nervous, especially when their forwards ran towards us. We gained more confidence as the game went on,” Pirlo said.

“I was not satisfied with the initial approach to the game, as we were still feeling the fear of our last defeat to Fiorentina. The timing of the movements weren’t right, especially on the wings.

“We knew that Udinese would try to sit back, counter and wait for our mistakes, but we did well with the preventative marking to ensure they couldn’t do that.”

Barcelona suffer too much late in games, says Ter Stegen

Mon Jan 4 , 2021
The Blaugrana are now six games unbeaten in La Liga after winning 1-0 at Huesca, but their goalkeeper feels they made it difficult on themselves Barcelona goalkeeper Marc-Andre ter Stegen called upon his team-mates to raise the quality of their performances late in games after they earned a narrow victory […] 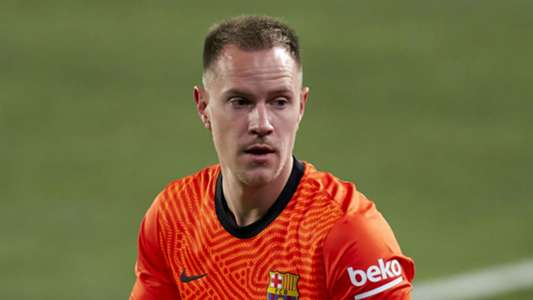