Pedro has agreed a deal to join Roma in the summer when his contract expires – and may miss the end of the season with Chelsea to ensure it goes through.

The former Barcelona forward has been at Chelsea since 2015, but is out of contract in the summer. Clubs can agree short-term extensions for players with expiring deals, but it is not yet clear if Pedro will agree to do so at Stamford Bridge.

Reports have linked Pedro with a move to Roma on a free transfer for some time, and those rumours have now gone a step further. According to various sources, including the Telegraph, Pedro has agreed to sign a two-year deal with the Italian side, with the option of a third year.

Not wanting to jeopardise that offer, it is claimed that Pedro will not agree to a short-term extension with Chelsea. The Spaniard is wary of picking up an injury and therefore missing out on one last major transfer at the age 0f 32.

That would be a problem for Frank Lampard, as Willian is also in a similar situation. If the Blues lose both players before the end of the season, it would leave manager Lampard with fewer options out wide.

Action has been hard to come by for Pedro this season, as he has managed just eight Premier League starts. Nonetheless, his departure would starve Chelsea of depth ahead of a busy schedule.

The deadline for clubs to confirm short-term contract extensions is June 23rd. However, it appears unlikely that Pedro will be one of those to sign up.

The decision appears to have been made solely by Pedro, as the reports indicate that Roma did not force him into such a stance.

Pedro a replacement for Arsenal target?

If Roma do acquire the services of Pedro, he could become their replacement for Justin Kluivert.

The Dutch winger has been linked with a move to Arsenal, as part of a swap deal that would enable the Italians to keep Henrikh Mkhitaryan, who is currently on loan with them.

The latest reports suggest that Arsenal are now stepping up their negotiations for Kluivert. A contract offer worth £3.1m per season has been put on the table.

The youngster, son of Dutch legend Patrick Kluivert, is keen on the Premier League move. Not only would it represent a big move for his career, he would also double his current salary.

Roma are under financial difficulties, having posted record losses. Hence, they may have to sell key players, like Kluivert, for profit – reinvesting the money on cheap deals like one for Pedro.

Wed Jun 17 , 2020
The Morocco international is among the seven players shortlisted for the ultimate individual award in the German top-flight this campaign Schalke 04 star Amine Harit has been nominated for the 2019-20 Bundesliga Player of the Season award. The 22-year-old, who was named the Player of the Month for September, battles […] 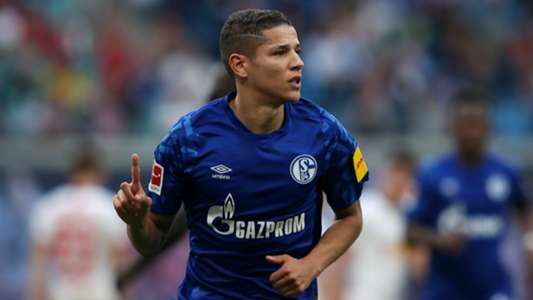