The Spanish defender has reached the 400-appearance mark for the Blues, but he is yet to get his hands on the grandest of European prizes

Cesar Azpilicueta has made 400 appearances for Chelsea and helped the Blues to Premier League, FA Cup, League Cup and Europa League honours – but the “biggest trophy” available is now in his sights as he looks to chase down Champions League glory.

Success on the grandest of European stages has so far proved elusive for the long-serving Spaniard at Stamford Bridge.

He was snapped up from Marseille in the summer of 2012, a matter of months after the Blues conquered the continent for the first time in their history.

They have remained regulars in Champions League competition since getting their hands on that silverware, but a succession of managers have failed to replicate the achievement of Roberto Di Matteo.

Azpilicueta has been a mainstay for Chelsea in their many quests for more major trophies, with the 31-year-old determined to finish his collection before departing west London.

The Blues captain told the club’s official website, with Frank Lampard’s side due to face Atletico Madrid in the last-16: “It’s the biggest trophy, and being a Chelsea player you have the biggest ambition for trophies.

“That’s one that I would like to achieve. We know it’s a new competition that starts in February, seven games, and every detail counts. We have to learn from the Bayern Munich games last season, make it right and hopefully go as far as possible.”

Azpilicueta has been a revelation for Chelsea following a £7 million ($10m) deal, but he is eager to ensure that his standards do not slip amid added competition for places from the likes of Reece James and believes he still has plenty to offer in his ninth season with the club.

He added on becoming Blues captain and a stalwart at Stamford Bridge: “You couldn’t imagine it then. When you first sign, you see such great players who have won the Champions League, you just want to be part of it and win trophies. I won trophies with Marseille but this was a step forward.

“I try to improve. I always analyse my game, and am sometimes harsh on myself. As a perfectionist you always want more. To be the captain now, I’m really proud, but if you had asked me that back in the day, it would have been difficult to predict.”

Chelsea, who have endured a Premier League wobble of late, will be back in action on Sunday in an FA Cup third-round clash with Morecambe.

Thu Jan 7 , 2021
The champions took nine points from six games to let Manchester United into the title race, but such a spell was “not unlikely”, the manager claims Jurgen Klopp has acknowledged Liverpool are enduring a tough run but insists performances have not been as bad as results suggest. The defending Premier League […] 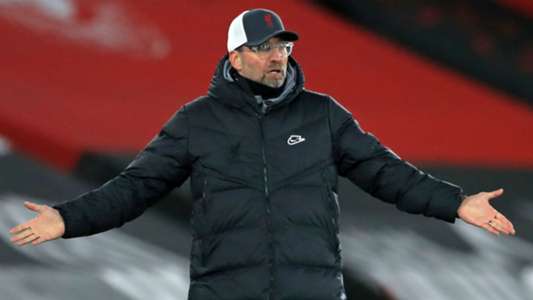