Frank Lampard’s side “have to start putting together a run of results” following their fifth loss of the season, according to the American winger

Christian Pulisic has admitted that Chelsea “need to show character” and be “smarter” without the ball after their loss to Manchester City.

Pulisic played the full 90 minutes of Chelsea’s 3-1 defeat to City at Stamford Bridge on Sunday afternoon. Frank Lampard’s side found themselves three goals down at the interval after a devastating first-half display from the visitors, who were back to their fluent best after seeing their previous fixture against Everton called off due to a rise in coronavirus cases.

Ilkay Gundogan’s thunderous strike from just outside the box gave City the lead, before Phil Foden and Kevin de Bruyne produced a pair of classy finishes to leave Chelsea with a mountain to climb.

The hosts toiled in vain to get back into the game in the second period and eventually pulled a goal back through Callum Hudson-Odoi in stoppage time, but a gulf in class between the two teams was evident throughout the contest.

The Blues have slipped to eighth in the Premier League standings after suffering a fourth loss in their last six games, and Pulisic has issued a rallying ahead of the second half of the season with their title challenge now seemingly up in smoke.

“We’re in a tough period,” the USMNT international told Chelsea TV. “It’s going to happen to everyone at times and we’ve been in these situations ourselves before.

“We have a game next week where we need to start turning it around because we do need to start getting results quickly. We’ll watch this game back, look at it as a team and see what we can improve on. It’s not going to be easy but we need to show character now.

“We have some games coming up where we need to turn it around quickly and start putting together a run of results.”

Pulisic added on Chelsea’s overall display against City: “We conceded goals with a lot of counter situations and we weren’t prepared to stop that so the first half really let us down.

“They were able to beat us on some transitions where we needed to defend better and be a little smarter and then we allowed them to dictate the tempo of the game.

“We had to go back out and show character. We’re never going to give up, we know we have talented guys and a good team but we just need to show it, which is what we did in the second half.

“It’s not easy to come back from three goals down but it’s happened before so we gave it everything and managed to get one back. Unfortunately, it was just too little, too late.”

Mon Jan 4 , 2021
The former Red Devils star has been impressed by the creative midfielder who has quickly become a “leader” for Ole Gunnar Solskjaer at Old Trafford Bruno Fernandes “looks like a Manchester United captain” says Phil Neville, with the Portuguese midfielder being charged with the task of delivering major silverware to Old […] 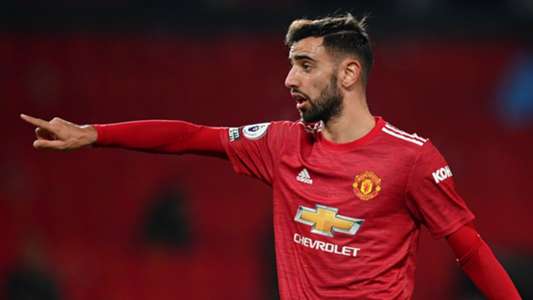