Thiago Silva has warned that Chelsea have “some soul searching” to do in the wake of Frank Lampard’s sacking.

The Blues legend departed Stamford Bridge on Monday and was replaced by Thomas Tuchel, who signed an 18-month contract.

Chelsea sit 10th in the Premier League and have won just one of their last six matches in the top-flight heading into Sunday’s clash with Burnley.

Silva is happy to be reunited with his former Paris Saint-Germain coach, but says the team will have to look inward to find a solution to their bad form.

“It’s been a really difficult week, what with the upheaval of the manager leaving. Personally, I am really sad to see Frank go,” the defender wrote in the matchday programme ahead of the Clarets clash. “He’s someone who I’ve got a lot of respect and huge admiration for – but things move so quickly in football, so although we are sad he’s left, one way or another life has to go on.

“Right now, we all need to do some soul searching to find a way to improve on recent performances. There have been some positives, but we haven’t done enough. So, to turn things around and get better results, as a group we have to change the way we are going about things.

“It’s difficult, it’s been a tough week with the departure of one manager and the arrival of a new one. I have a really good relationship and get on well with them both.

“The six months I spent working with Frank were fantastic, and I have two unbelievable years with Thomas Tuchel in Paris too, including getting to the final of the Champions League.That was a really great year for everyone at PSG. So it’s a special moment for me with his arrival here. You still feel sad to see a manager leave, there’s no way around that.

“It’s been a unique week for me, different to anything I have previously experienced, because when managers have changed before, the incoming coach has never been someone I have already worked with, who I already have such a good relationship with.

“So I am left with mixed feelings. Sadness for one, happiness for the other. But life has to go on and we have to turn our results around.

“I hope that Tuchel can improve us in every aspect and that we can start to pick up better results, because winless runs aren’t acceptable at a team like Chelsea. With all due respect to the teams around us, mid-table isn’t good enough; we need to be fighting further up the league.”

After Sunday’s home match against Burnley, Chelsea face a trip to Tottenham on Thursday.

Chan 2021: 'Uganda team should be left for local coaches' - Obwiny

Sun Jan 31 , 2021
Cranes have failed to advance from the group stages of the biennial competition for the third time in a row Uganda legend Philip Obwiny feels the African Nations Championship team should be handled by local coaches. The East African heavyweights were eliminated from the competition in the group stages for […] 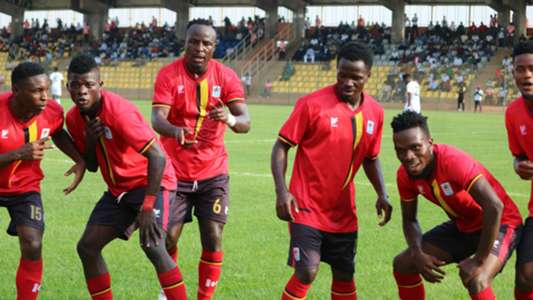