Former Chelsea winger Shaun Wright-Phillips believes the Blues will challenge for the Premier League title next season after signing Hakim Ziyech and preparing to add Timo Werner to their squad.

Frank Lampard is hoping to wrap up a move for RB Leipzig striker Werner after the club agreed to pay the striker’s £54million release clause last week.

The Stamford Bridge club are eager to secure the transfer of the 31-goal forward, but according to Raphael Honigstein of The Athletic, quarantine regulations in place due to the coronavirus pandemic have hindered their medical attempts.

On Twitter, Honigstein said: “Delay in the Werner deal is solely down to the practicalities of getting a medical done. He can’t fly to the UK due to Bundesliga Covid-19 regulations and Chelsea docs can’t fly to Germany because they would have to isolate for 14 days upon return.”

One deal that has already been ratified though is the transfer of Morocco international winger from Ajax.

Ziyech looks an exciting prospect and the €40million recruit will join the squad this summer, while Lampard’s also has his sights set on more arrivals with Ben Chilwell believed to be top of his wanted list.

The business so far has excited Wright-Phillips and the former winger is sure the Blues can push on next season, he told AmericanGambler of Werner: “I think Lamps has done tremendously there, he’s a great player.

“He is hungry for goals and it gives Lamps the option there, and with Ziyech in there, Chelsea’s front three is looking very strong. As you can see, he’s having a nice mix of maturity and young talent, and it’s very hard to go wrong with that.”

Speaking about Ziyech, Wright-Phillips said: “He brings that attacking flair, he scores goals and he creates goals.

“We have seen him do it in the Champions League, and now other wingers and other midfielders have to up their game because there is a lot of competition there. Having a lot of players on top of their game can only be a good thing for Lamps for and for Chelsea.” 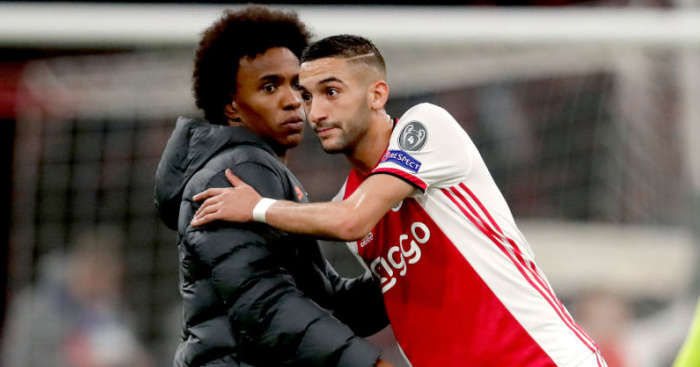 Asked if he sees Chelsea challenging for the title, he added: “Yes, definitely. I think next year if he gets the players that he wants and get his team exactly as he wants it, then 100%.

“They are still challenging for the Champions League spots now, so it’s only one step further forward, and that is challenging against Man City and Liverpool, who have run away with it this year.”

Fri Jun 12 , 2020
The full-back has impressed on loan at Signal Iduna Park, and the Bundesliga side are keen to keep him for another year before he returns to Spain Borussia Dortmund want to keep on-loan Real Madrid defender Achraf Hakimi for another season, according to sporting director Michael Zorc. Zorc, speaking at […] 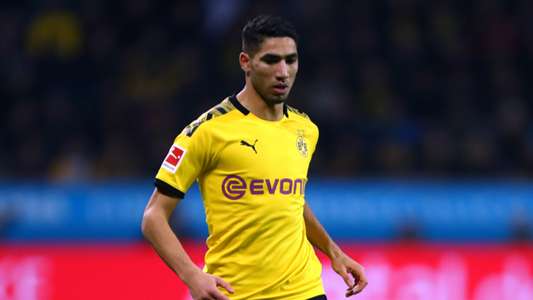