Chelsea are ‘set to bid £10m’ for a Southampton star once the Timo Werner deal has been signed, sealed and delivered.

The Blues appear set for a summer transformation given their activity in the transfer market.

Ajax playmaker Hakim Ziyech signed on the dotted line for around the €40 million mark in February. While RB Leipzig hitman Werner is Chelsea-bound once a minor delay has been sorted.

The transfer splashes are a welcome sight for Blues fans after their inactivity in the January window.

That followed a summer in which the club were banned from making new signings, meaning an eventual overhaul was inevitable.

And one area that is set to see change is in the goalkeeping department.

World’s most expensive goalkeeper Kepa Arrizabalaga has struggled to justify his fee so far at Stamford Bridge.

Boss Lampard has reportedly given the Spaniard nine matches to prove his worth. Though a pair of alternatives have already been speculated.

However, The Daily Express take it one step further by reporting that Southampton stopper Fraser Forster is being lined up.

Their article (that cites Football Insider) states that Chelsea’s ‘rebuilding project’ will continue with a ’10m bid’ for Forster.

The 32-year-old enjoyed a superb loan spell at Scottish champions Celtic this season after falling out of favour at St. Mary’s.

Hoops manager Neil Lennon is reportedly keen to turn that temporary move permanent. Though Forster’s head could ‘be turned’ if Chelsea come knocking.

“I’m certainly excited about the squad we’ve got, with the young players and if we can get a few additions for areas I feel we need,” Lampard told the club’s website (via The Daily Express).

“We didn’t bring in anyone in January, it didn’t work out to be right for us at the time, and last summer we couldn’t bring anyone in, so those windows are gone and we haven’t changed.

“So I am excited about the squad we’ve got, if we can freshen up in the right areas we all know that.”

Meanwhile, Steve McManaman has given his verdict on Liverpool missing out to Chelsea over the signing of Werner.

Sun Jun 14 , 2020
The Ghanaian forward was involved in Saturday evening’s action as football returned in Turkey Kevin-Prince Boateng has taken to social media to clarify his reason for allegedly throwing his shirt in Besiktas’ 2-1 defeat at home to Antalyaspor in the Turkish Super Lig on Saturday evening. The Black Eagles were […] 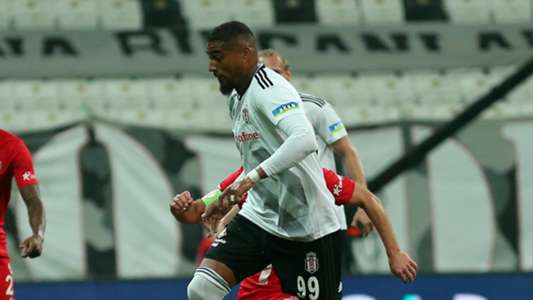