Chelsea owner Roman Abramovich has “history of a lack of patience” but that does not mean that Frank Lampard is under pressure to deliver this season, says Scott Minto.

The Blues invested heavily over the summer, with big-money additions brought in across the field.

Having received full backing from his board, many have claimed that nothing less than a title challenge at Stamford Bridge will be accepted in 2020-21.

Chelsea have offered indications that they could come into that mix, but inconsistency continues to be an issue for Lampard and Co.

With just four points taken from their last five Premier League outings, the Blues have slipped seven off the pace and down into sixth spot.

It has been suggested that Lampard may start to see his position called into question if momentum cannot be established in the new year, with a sack culture still very much part of the makeup in west London.

Minto, though, believes that a club legend will be given time to get things right, with the former Blues defender telling Stadium Astro: “Don’t put pressure on Frank Lampard possibly losing his job.

“People are desperate nowadays around the world, seeing the money that has been spent, everybody wants instant [success]. Everybody wants it now, and it doesn’t happen like that.

“We can’t forget that Frank Lampard is a very inexperienced manager, he is learning as he goes, and you listen to him and he is saying – for example after the Arsenal game – this is about the players not giving enough. He can’t do any more than that.

“He is trying to change things around at the moment and he does need to start winning against top-six sides, of that there is no doubt. But I have no doubt either that he will do that.

“In terms of going forward, I hope he will be the Chelsea manager for the next three or four years.”

Minto added on the managerial merry-go-round at Stamford Bridge, with nine permanent bosses overseeing matters in the last decade: “There is a history of a lack of patience by the owner.

“I genuinely think that the only time he wanted a long-term manager was when Jose Mourinho came back second time, but he had to get rid of him after what happened.

“I genuinely think this is the next time that he wants a long-term manager. Let’s give the guy some time.

“Last year was never about winning the title and again it is about progression, getting closer to the top two and next year he can go for a try at the title. At the moment it is too early.

“Let’s give him time to develop, and let the players develop. We are talking about players that aren’t playing to their maximum – that’s not down to Frank, that is down to them adjusting to the pace of the Premier League.”

Chelsea will be back in action on Sunday when they take in a testing home date with Manchester City.

Fri Jan 1 , 2021
The Portuguese coach is giving little away when it comes to his transfer plans, but he does want to “rebalance” his squad in the January window Wolves boss Nuno says he is “ready to make decisions” in the winter transfer window after seeing his side linked with free agent Diego […] 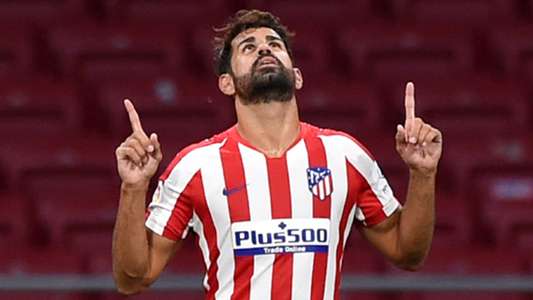