The German took charge of the Stamford Bridge side this week when he replaced Frank Lampard after he was sacked on Monday.

After Tuchel’s Premier League career began with a 0-0 draw against Wolves in midweek, he picked up his first win on Sunday as his side beat Burnley 2-0 at home.

The result lifts the Blues up to seventh in the table ahead of their trip to north London to face Tottenham on Thursday and Azpilicueta is confident they will soon be fighting for silverware.

“Chelsea deserves to be fighting for everything. We are far from where we want [to be], but with the new manager we have everything to play for.

“Everyone is very ambitious, we want to give everything to get as far as possible in every competition, so let’s keep working and Thursday, we are focused on an important game.”

He added: “I think our last game against Wolves we deserved to win. Today we were struggling again to score goals.

“But it was a very good performance. We created chances and were solid at the back. We didn’t concede a shot, it was a solid performance.”

Azpilicueta opened the scoring in the first half when he sprinted up the field to latch onto a pass from Callum Hudson-Odoi in the Burnley box before slotting past Nick Pope.

Marcos Alonso then wrapped up the three points with a goal six minutes from full-time.

“I saw the opportunity in front to run. Callum did very well and created the space for me. When I arrived I did not have time to think, I just hit it,” he said.

“It’s been over a year since I last scored. I’m not used to it. But I’m just happy to get the win.

“[Alonso] has shown his quality in the box. We know what he can give the team. Everybody in the squad is important, we all start from zero with the new manager.” 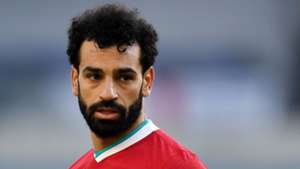