Chelsea defender Antonio Rudiger has vehemently denied that he had anything to do with Frank Lampard’s sacking last week.

Lampard was let go after a run of five Premier League losses in eight matches, and was replaced by former Borussia Dortmund and PSG head coach Thomas Tuchel.

Rudiger has made just six Premier League appearances this season, with Lampard mostly consigning the Germany international to a role on the bench.

Some reports suggested that Rudiger caused a rift behind the scenes at Stamford Bridge, which led to his team-mate Tammy Abraham backing him last week.

“Hearing some mad stuff about @ToniRuediger on social media today. Complete nonsense. Toni is a big bro to all of us,” the forward tweeted.

Chelsea captain Cesar Azpilicueta also rubbished claims that he was involved in a bust-up with Rudiger, saying: “We didn’t have any issues and we don’t have. We always work together.”

Rudiger has now denied any suggestions he asked the board to sack Lampard, saying he was thankful to receive more playing time under the former Blues midfielder in the games leading up to his dismissal.

“There have been so many nonsense rumours about me since last week. I’ve never talked with the board about the situation of the coach or on any other topics,” Rudiger told The Athletic.

“Frank Lampard trusted in my abilities after Christmas in a very difficult situation and I was thankful for this. It was also the main reason why I told my representatives not to look for a possible winter move anymore.

“Unfortunately, it was not meant to be for our team to turn things around for the coach. We always wanted the best for the manager and for the club.”

Rudiger added that he believes Lampard will get another job in the near future, praising the job he did in 2019-20 in his debut season in charge.

“He took over the manager position last season when things were very complicated for all of us. But we managed to qualify for the Champions League together with him,” Rudiger said.

“He has given so many young players a chance in the first team and they are still doing an amazing job. I’m pretty sure we will see Frank Lampard back again at another club very soon.”

Tue Feb 2 , 2021
The Islanders will look to do the double over the Blasters in order to restore their six point lead at the top Kerala Blasters are desperate for a win in order to boost their  2020-21 Indian Super League (ISL) play-off chances when they face Mumbai City at the GMC Stadium in Bambolim, […] 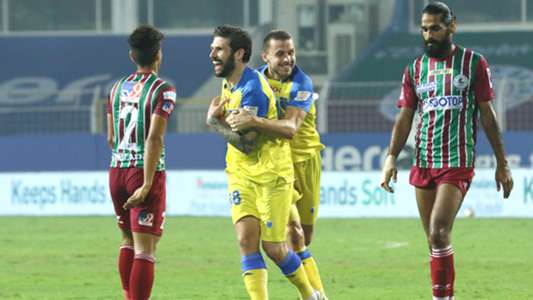