Chelsea head coach Thomas Tuchel has attempted to distance his side from talk linking them with a move for Dayot Upamecano and Erling Haaland.

The Blues are among a host of top European sides linked with RB Leipzig defender Upamecano and Borussia Dortmund striker Haaland.

Both players will be in high demand this summer, but Tuchel said he is showing respect for their current teams by avoiding the subject.

Editors’ Picks
What did Tuchel say about Upamecano and Haaland?

“I can understand the interest in the question and the interest of every fan and supporter to talk about these subjects,” Tuchel said. “I am always a fan and am interested in what’s going on.

“But now it is February and there is a long way to go. As you get to know me, you will know I will not talk about other players who are under contract.

“This is the type of respect I show. Everything else will be decided behind closed doors. I’m sorry.”

Upamecano is one of the most sought-after defenders on the market, with the 22-year-old France international looking likely to depart RB Leipzig this summer.

Chelsea have been linked with a move, along with other top European clubs like Bayern Munich, Liverpool, Manchester United and PSG.

Haaland has emerged as one of Europe’s top strikers at the age of 20, putting him in the shop window for some of Europe’s biggest clubs.

As Dortmund struggle through the 2020-21 season, they could be forced into a summer sell-off should they miss out next season’s Champions League.

Haaland has a contract through 2024, but it has been reported that a €75 million (£67m/$92m) release clause was included in that deal which is due to become active in the summer of 2022.

How would Haaland and Upamecano fit in at Chelsea?

Chelsea could be back in the market for a striker in the summer should Upamecano’s former RB Leipzig team-mate Timo Werner fail to turn things around after a difficult start to life at Stamford Bridge.

Olivier Giroud could also leave Chelsea in the summer, leaving the club in need of another striker.

Upamecano could be a welcome addition in the club’s back line, with 36-year-old Thiago Silva only on a one-year contract and other options, such as Antonio Rudiger, Andreas Christensen and Kurt Zouma, failing to lock down starting spots.

Wed Feb 10 , 2021
The former Leeds United player’s love affair with Limpopo clubs is set to continue as he joins Vhadau Vha Damani Former Black Leopards head coach Dylan Kerr has confirmed that he is moving to Tshakhuma Tsha Madzivhandila (TTM).  The English tactician is on the verge of joining Vhadau Vha Damani to succeed […] 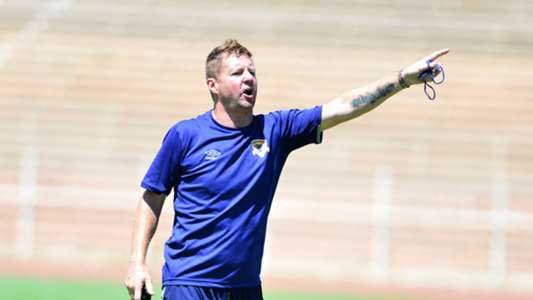