Zambia coach Milutin ‘Micho’ Sredojevic has warned his side not to underrate Namibia when the two sides face off in their final Group D match of the African Nations Championship on Wednesday.

The Chipolopolo will seal their place in the quarter-finals of the competition if they bag a win against Namibia at Limbe Stadium, a side that has already been eliminated after losing their opening two matches.

Despite heading into the match as favourites, Sredojevic has warned his charges to guard against complacency, saying they should not face them as an eliminated side.

“We have no right to see in front of us an eliminated team [Namibia] because they are coming with pride and play for themselves,” Sredojevic told Zambia FA social media pages.

“We need be fully focused that we are not playing an eliminated team but like we are playing a cup final before the final.

“Only that mindset without complacency can bring us good results, anything else is a huge risk and we know that that football is a game that will lead any direction. We have recently seen Liverpool and Burnley.

“We want to give respect to opponents and if we respect them, we have no right to underestimate them and be complacent and we will take them the more serious way performing to the standard demanded on the field of play.”

On his part, Namibia coach Bobby Samaria has admitted they will only play for pride having been eliminated from the competition.

“As much as the game is of no significance for us, it is important to play for the flag as well as for the badge,” said Samaria.

Guinea are topping the group on four points while Zambia are second, also on four points, but the former enjoy a superior goal difference.

In the other match, Tanzania, who are third in the group with three points, still have a chance to make it to the quarter-finals, if they beat Guinea.

Tanzania revived their hopes of making it from the group after they beat Namibia 1-0.

Farid Mussa secured the maximum points for the Taifa Stars after he scored the all-important goal in the 66th minute and they will now face the Syli Nationale knowing a win will guarantee them passage.

Wed Jan 27 , 2021
ISL Bengaluru FC will face the winner of qualifying play-off preliminary round one clash between Nepal Army Club and Sri Lanka Police… Indian Super League (ISL) ATK Mohun Bagan have been clubbed with Bangladesh’s Basundhara Kings, Maldives’ Maziya S&RC and the winner of the play-off round in the Group D […] 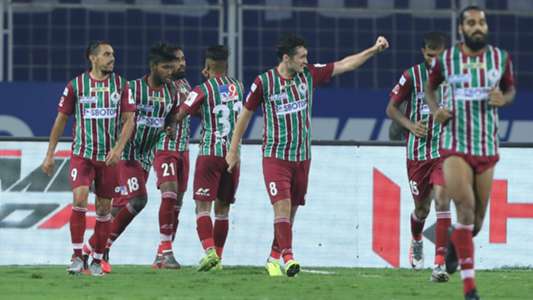