The Group D encounter ended in a 1-1 draw and now the nations are jointly the leaders of their group after two games.

Spencer Sauta was the hero for the Chipolopolo after he equalised late to deny Guinea a second victory in the ongoing tournament in Cameroon. Syli National had grabbed an opener in the 58th minute through Victor Kantabaduno’s effort but the tie ended on an equal footing eventually.

“We wanted to win but managed a draw against a strong Guinea team,” Sredojevic told Caf Online in his post-match press address.

“I am happy that we created more scoring chances than we did in our first game against Tanzania and the small details basically decided the match. It was a clash of titans.”

On his part, Guinea’s Mohamed Kanfory Bangoura admitted Zambia countered their strategy effectively, but he is nonetheless satisfied by the outcome.

“We got into the game with the strategy of dominating possession, but Zambia played well,” Kanfory said.

“I am satisfied with the draw because it places us in a good position going into the last group game against Tanzania.”

Namibia were eliminated from the competition after going down 1-0 against the Taifa Stars in Limbe in the second game of the group.

Young Africans’ Farid Musa scored the goal in the second half that saw the Brave Warriors ejected as Tanzania picked up their first victory after the opening 2-0 defeat to Zambia.

Namibia will face Zambia in the final group game while Tanzania and Guinea will clash in what will be a very decisive encounter.

Meanwhile, after being alert for the entire game against the Brave Warriors, Tanzania’s Aishi Manula has now emerged as the goalkeeper who has made the most saves in the tournament with his record standing at eight.

His Ugandan rival Charles Lukwago and Pavelh Ndzila of Congo have made seven saves each.

Libya’s Ahmed Azzaqa is third with six while Moussa Camara of Guinea, Haschou Kerrido of Cameroon and Simbarashe Chinani of Zimbabwe all have five saves so far after playing two games.

Orlando Pirates’ Monare declares ‘if it gets ugly, we match it’ after labouring to beat Maritzburg United

Sun Jan 24 , 2021
The Soweto giants held on to their slender lead against the Team of Choice to bounce back to winning ways Orlando Pirates midfielder Thabang Monare has commended his side’s “hard work and exceptional teamwork” as he feels they are on “the right path” after edging Maritzburg United 1-0 in a Premier […] 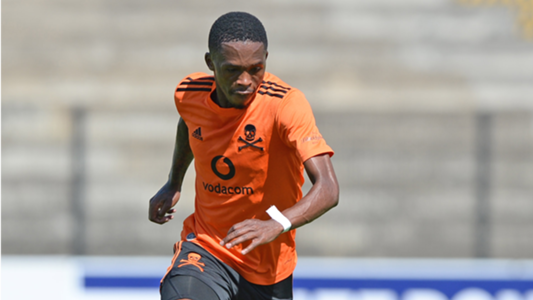