Rwanda were able to come out with a point against the reigning champions Morocco during an African Nations Championship tie on Friday.

The point could prove vital for the Amavubi especially after Uganda fell 2-1 to Togo in the other Group C game. Rwanda were able to frustrate the title-holders who now have four points as they had recorded a 1-0 win over Claude Le Roy’s side.

The Atlas Lions were left to rue chances that were wasted by Walid El Karti and Ayoud El Kaabi in either half. The East Africans, who deployed a defensive-minded approach, created one open chance but Muhadjiri Hakizimana’s strike was parried over the bar by Morocco’s Anas Zniti who got no major tests to deal with for the better part of the game.

Rwanda’s goalkeeper Olivier Kwizera had to be alert to deny Morocco El Kaabi with a fine save seven minutes after the resumption of the second half as the champions exerted more pressure.

The Sparrowhawks, who are debuting in the tournament, moved second courtesy of a maiden 2-1 win against the Cecafa champions.

Meanwhile, an own goal from Paul Mbowa in the 48th minute contributed big in handing Le Roy a win in Cameroon. Uganda were not discouraged by the goal as they equalised three minutes later when Saidi Kyeyune scored a classic goal.

Togo fought and restored the lead when Yendoutie Nane’s curling effort from some 20 yards out beat Charles Lukwago in Uganda’s goal in the 57th minute.

While Morocco maintained the top spot despite the goalless draw against Rwanda, Togo moved second with three points while Uganda are at the bottom with just one point.

Togo’s assistant coach Franck Dote claimed the victory was historical for his players.

“A historic and satisfying victory for our young players,” Dote told Caf Online. “We pocketed the three points with the manner, extraordinary goals, and spectacular football.

“I thank the group for being able to react. The result shows us that we could have a positive result against Morocco. Now the appetite comes with eating, we must not stop at such a good point.

“It would be a group final against Rwanda. We have to play with our values ​​to win again and get a thrilling qualification.”

The next decisive games for Group C will be played on Tuesday.

Mwendwa: Caf should have given FKF and Otieno time to lodge defence

Sat Jan 23 , 2021
The federation boss now says they will not appeal against the decision by the African body to ban the CEO and fine them Football Kenya Federation has reacted to the move by the Confederation of African Football to ban CEO Barry Otieno and fine the body after the official allegedly tore apart […] 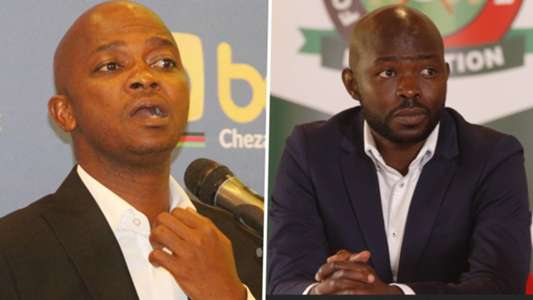