Guinea survived a Tanzania scare to draw 2-2 and advance to the quarter-finals of the African Nations Championship alongside Zambia who were held to a 0-0 draw by Namibia.

At the Reunification Stadium, Yakhouba Gnagna Barry and Victor Kantabadouno were on target for the National Elephants, while Baraka Majogoro and Edward Manyama replied for Taifa Stars.

Stars came into the match desperate for a win to qualify for the quarters while their opponents needed a draw to advance.

Kalos Protus handled the ball in the danger zone in the third minute and the referee pointed to the penalty spot amid protests from the Taifa Stars players. Barry stepped up and sent the Simba SC custodian the wrong way to give his team an early advantage.

The East Africans equalized in the 23rd minute when the National Elephants failed to clear a dangerous ball and it found its way to Majogoro, whose first-time shot happened to be too much for Moussa Camara in the Guinea goal.

Guinea had chances to get their lead but failed to use them. They eventually paid the price in the 70th minute. They conceded a corner which was brought in well by Feisal Salum. The unmarked Manyama rose highest to find the back of the net in favour of his team.

However, the West Africans were rewarded for their zeal to get a goal in the 81st minute when Traore’s cross from the left found the unmarked Kantabadouno who rose highest to head home the equalizer which sent the team to the last eight.

In another Group D game that was simultaneously played, Chipolopolo were held to a goalless draw by Namibia to finish second in the pool.

The Brave Warriors came into the match to fight for nothing as they had already been eliminated after back to back losses against Guinea and Tanzania respectively.

Being a dead rubber for Namibia, less was expected and it explains why there were no clear cut chances for both teams.

The National Elephants finished top of the group with five points, the same as Zambia who had an inferior goal difference. Tanzania finished on four points while Namibia finished with a point.

Mamelodi Sundowns coach Mokwena hits out at Mosimane over Sirino

Thu Jan 28 , 2021
“What do you live with if you are not skilled in anything but football?” was one of the recent quotes from the former Masandawana coach Mamelodi Sundowns co-coach Rhulani Mokwena has asked his former head coach Pitso Mosimane to refrain from talking about Gaston Sirino. Mosimane moved to Egyptian giants […] 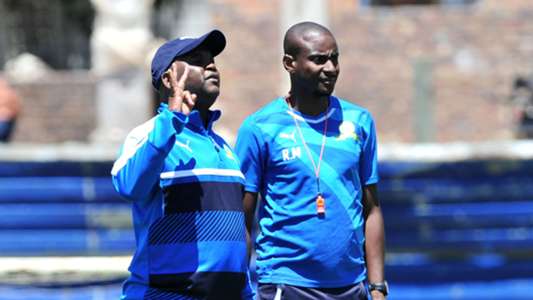