African Nations Championship defending champions Morocco stormed into the final after a 4-0 win over hosts Cameroon, to set a date with West African heavyweights Mali.

Soufiane Rahimi scored a brace for the Atlas Lions at Limbe Stadium with other goals coming from Soufiane Bouftini and Mohammed Ali Bemammer.

It took the North Africans 28 minutes to find the back of the net against the Indomitable Lions.

The Moroccans won a free kick in a good area which was taken by Omar Namsaoui. Cameroon goalkeeper Haschou Kerrido failed to put the ball to safety and Bouftini did not hesitate to find the back of the net.

The second goal for the reigning champions came in the 40th minute. The tournament hosts had committed forward in numbers and they were caught on the counter-attack. The ball was eventually passed to Abdelilah Hafidi who passed the ball to Rahimi and the latter eventually scored to register his fourth goal of the competition.

Defensive lapses in the 75th minute allowed Rahimi to win possession in the danger zone and had no problem scoring his fifth of the tournament.

The final goal was scored in the 82nd minute courtesy of Bemammer.

“It was a little difficult for us from the start, but things got better when we scored the first goal,” Morocco coach Houcine Ammouta said after the game.

“It was a collective effort by the whole team to get this result. I congratulate the Cameroon team for coming this far in the tournament.”

“We always have regrets when we suffer defeat as a team. Today nothing seemed to work for us and yet Morocco committed less errors.”

At Japoma Stadium in Douala, Mali advanced to the finals after a 5-4 win in the shootout following a goalless draw in regular and extra time.

In the shootout, Morlaye Sylla failed to get the ball in the back of the net, giving Mamadou Coulibaly a chance to send substitute goalkeeper Sekouba Camara the wrong way and ensure the Eagles reach the finals.

Morocco will now play Mali in the final on Sunday while Cameroon will be playing Guinea hoping to finish third in the biennial competition.

Thu Feb 4 , 2021
Since the Nedbank Cup began under its current guise in 2008, the Sea Robbers have been to four finals and won it twice, in 2011 and 2014 Uthongathi head coach Simo Dladla has admitted that he has worries that the occasion of playing Soweto giants Orlando Pirates on Saturday may […] 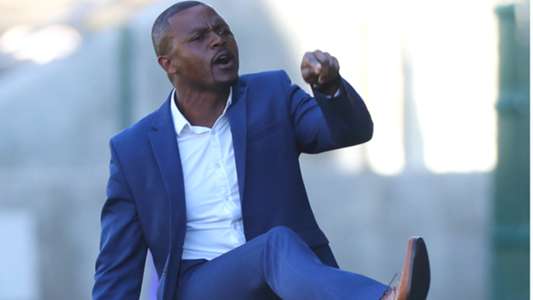