Hosts Cameroon sealed their place in the African Nations Championship quarter-finals despite playing to a goalless draw with Burkina Faso at Omnisport Ahmadou Ahidjo Stadium in Yaounde on Sunday night.

The Indomitable Lions came into the match aware that a draw will put them in the next stage. The Burkinabes needed a win in Group A to seal a position in the last eight of the competition.

It was the Stallions who put their Central African opponents under early pressure in front of their home fans, hoping to get an early goal and destabilize them.

Burkina Faso had great chances to score, but the likes of Mohamed Outtara and Sansan Hassamy Dah failed to capitalise on their chances. Cameroon goalkeeper Haschou Kerrido also played a great role in helping his team to stop the opponents.

The great chance for the home team came in the 68th minute – Joel Ngon managed to get past the Stallions defenders, but goalkeeper Aboubabcar Sawadogo pulled off an excellent save to deny him.

In another Group A match played at Reunification Stadium in Douala, Mali defeated Zimbabwe by a solitary goal to ensure they qualify for the last eight.

The Zdravko Logarusic-led charges were desperate for a win to advance. It is the reason why they started the game on a high hoping to score first and put the Eagles under pressure.

Qadri Amin could have done that in the third minute when he was through on goal but somehow missed the chance. A minute later, he was replaced by Ian Nekati.

It was a warning for the Malians and they upped their tempo and increased their concentration levels to avoid an upset. Their tactical change paid dividends in the 12th minute when Demba Diallo found the back of the net.

The Malians would have doubled the advantage in stoppage time but Bassekou Diabate hit the woodwork after getting past the Warriors’ custodian.

As a result, Mali finished top of the group with seven points, two more than the hosts, Cameroon.

Mon Jan 25 , 2021
The Portuguese insists a £35 million ($48m) summer signing is “important” to the Red Devils despite his lack of playing time Bruno Fernandes says he “would not be happy” if he was Donny van de Beek and has offered his sympathy to the Dutchman amid a lack of minutes at […] 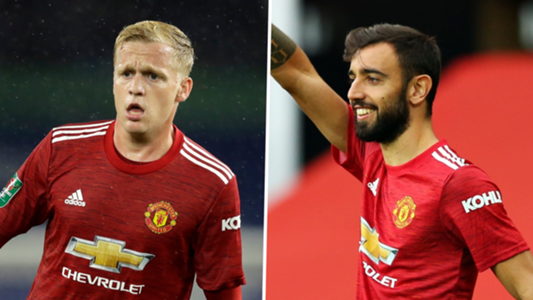