Vipers SC head coach Fred Kajoba has suggested why Uganda failed to live up to expectations at the African Nations Championship in Cameroon.

Uganda hoped to earn a first-ever slot in Chan’s knockout stage but that was not the case after they were eliminated from the group stage after getting a draw against Rwanda and losses to both Togo and Morocco.

“We have to sit down as a country to look for the problem and then get possible solutions,” Kajoba told Football256. “We need to look into our league and see whether everything is moving well.

“According to my experience, more serious countries organise symposiums to realise where they might have gone wrong after every tournament to find possible solutions.

“Bodies like Fifa, Caf always organise the symposiums to find out what went well or didn’t go to plan and they try to improve here and there.

“But for Uganda’s case when we came back from Sudan in 2011, we just sat back and waited for the 2014 edition.

“When we came back from South Africa, we just waited for the 2016 edition in Rwanda without any clear hindsight into the previous tournament.”

Kajoba, who left the Cranes’ camp before the current tournament began, offered advice on how the Federation of Uganda Football Associations can diagnose the problems the team faced in Cameroon.

“I urge Fufa to hold a symposium with various stakeholders to find out why Uganda have failed to make it to the knockout stage on different occasions,” the retired goalkeeper added.

“They should consult previous coaches like Milutin ‘Micho’ Sredojevic and Sebastien Desabre and ask them what went wrong during their time with the Cranes at Chan.

“If Fufa can do this, we can improve on our performance in the next Chan edition.”

The tactician also spoke about the five goals the Cranes conceded against Morocco in the final group game.

“The problem was poor communication. The goalkeeper and his defender were so quiet which was a sign that they didn’t lay out plans for the game,” he said.

The Cameroon Chan tournament was the fifth consecutive time the East African nation have participated.

U20 Afcon: 'Uganda players are fit and ready' - Kizito

Fri Jan 29 , 2021
The Hippos will have to battle for a quarter-final berth with hosts Mauritania, Cameroon and Mozambique Uganda U20 captain Gavin Kizito believes the team is prepared and ready for the Africa U-20 Cup of Nations to be held in Mauritania from February 14 to March 4. The Hippos have been in […] 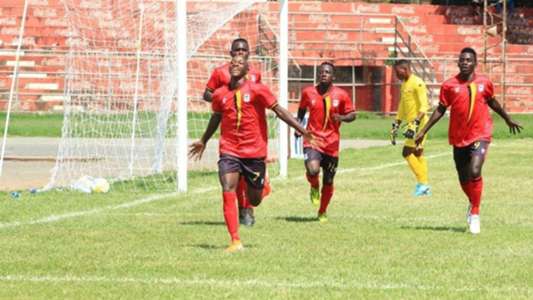