Uganda head coach Johnathan McKinstry conceded his team has now gained African Nations Championship experience and in the future, they will know what to expect.

The Cranes crashed out of the competition after managing just a point in Group C. They started with a 0-0 draw with Rwanda before falling 2-1 to Togo. The last game was against the defending champions Morocco and they ended up falling 5-2.

The youthful tactician has further stated the Federation of Uganda Football Associations provided most of the support requested which helped the team to prepare adequately.

“We cannot complain about preparations; when we set out for this project, we made certain requests to the federation in terms of how we can prepare the team,” McKinstry said as quoted by the Fufa website.

“I think we got 90% of what we asked for which is very good. To be honest that was pleasing.”

In the pre-Chan competition, Uganda drew 1-1 with Cameroon, defeated Zambia 2-0, and later won against Niger 3-0. Expectations were high but from the fans, but the tide turned against them. McKinstry explains why.

“The intensity of the game in competitions is different from what you get in pre-match tournaments,” the former Rwanda coach added.

“We were pleased with the progress of the players and they have learned a lot. They now know that when you get to such tournaments you take your chance. They have gained experience and will be better for the future.”

The Northern Irish manager also commented on their 5-2 loss to the Atlas Lions in their final group game.

“It was a game we all always thought would be challenging for us.

“The penalty obviously couldn’t have come at a worse time. We are not complaining about the penalty. I think it was a fair enough call. We made some mistakes and we got punished as we also started chasing the game.

“Congratulations to Morocco and we wish them the vest best for the rest of the tournament.”

Rwanda are the remaining East African team in the competition following Tanzania’s elimination on Wednesday night by Guinea despite a 2-2 draw.

Mamelodi Sundowns' Mngqithi: Mvala had to take one for the team

Thu Jan 28 , 2021
The come-from-behind victory in the Limpopo province on Wednesday ended a run of three consecutive league draws for the Brazilians Mamelodi Sundowns coach Manqoba Mngqithi says he has no problem with Mothobi Mvala ‘taking one for the team’ in the Brazilians’ 2-1 win over the Black Leopards at the Thohoyandou […] 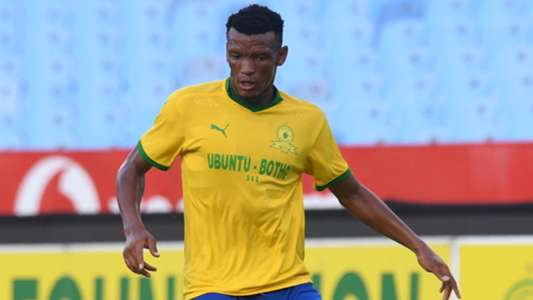