The East African heavyweights were eliminated from the competition in the group stages for the fifth time in a row. Under all the circumstances, the team has been under foreign coaches.

The former defender believes the local tacticians have an edge over foreign ones and should be given an opportunity.

“In my view, for the Chan tournament, locals should be given a chance to handle the team since they understand the players who play in the league more,” Obwiny opined.

“But these coaches should not be attached to any club in order to have enough time to follow the players on matchdays. The current coaches [who are attached to clubs] have less time to monitor the players they are to summon on the team.”

The 45-year-old has further expressed his feelings towards the Ugandan Premier League.

“Our league is too weak,” Obwiny continued. “We have no professional players that come into our league from other countries.

“We have few clubs that pay their players well and others are still struggling. What makes a strong club are the players, you have to invest to get quality players.”

In the Chan competition ongoing in Cameroon, the Cranes crashed out after managing just a point in Group C. They started with a 0-0 draw with Rwanda before falling 2-1 to Togo. The last game was against the defending champions Morocco and they ended up falling 5-2.

“We cannot complain about preparations; when we set out for this project, we made certain requests to the federation in terms of how we can prepare the team,” McKinstry said as quoted by the Fufa website.

“I think we got 90% of what we asked for which is very good. To be honest that was pleasing.”

In the pre-Chan competition, Uganda drew 1-1 with Cameroon, defeated Zambia 2-0, and later won against Niger 3-0. Expectations were high from the fans, but the tide turned against them. McKinstry explains why.

“The intensity of the game in competitions is different from what you get in pre-match tournaments,” the former Rwanda coach added.

“We were pleased with the progress of the players and they have learned a lot. They now know that when you get to such tournaments you take your chance. They have gained experience and will be better for the future.”

Sun Jan 31 , 2021
The German head coach has justified his decision to leave the Moroccan winger out of the team for the Blues’ latest Premier League fixture Chelsea boss Thomas Tuchel has explained Hakim Ziyech’s omission from his squad to face Burnley at Stamford Bridge on Sunday. Ziyech became the first signing of […] 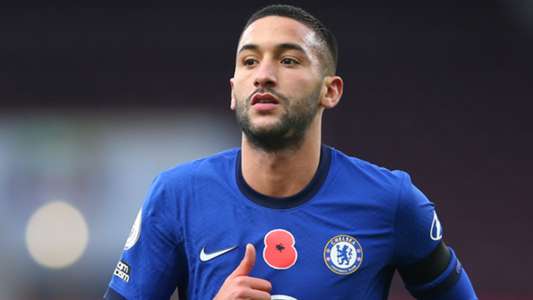