Tanzania head coach Etienne Ndayiragije believes a change of approach is vital for his team to stand a chance of winning their Group D game in the African Nations Championship against Namibia on Saturday night.

Taifa Stars started their campaign with a 2-0 loss to Zambia while the Brave Warriors fell 3-0 to Guinea. It will be vital for the East Africans to collect maximum points against the Southwest Africans to stand a chance of advancing.

The former Azam FC tactician conceded it will be the match that will determine their destiny in Chan.

“It is a very important match because it decides what happens next for us in the tournament,” Ndayiragije told Cafonline.

“After losing the opening game, we are certainly going to change our approach against Namibia.”

Captain John Raphael Bocco is still out owing to an injury, but veteran defender Erasto Nyoni will be available for the game. The Burundian has explained why it will be important to have the latter available for his team.

“It is always good to have experienced players like Nyoni on the pitch because they motivate the team to push harder and not to give up,” Ndayiragije concluded.

Meanwhile, the Brave Warriors head coach Richard Bobby Samaria is optimistic his charges will bounce back after their defeat against the National Elephants.

“There are teams that lost their opening matches in big tournaments like Spain at the 2010 World Cup but went on to win the title,” Samaria told the same portal.

“So other teams should watch out for us because we could have some surprises.”

The 50-year-old has further insisted his team will be playing as a unit and take their chances created.

“We are in a situation where there is no room for errors, but [we have] to play as a team and also take our chances that we create in-front of the opponents’ goal.”

This is the second time both Taifa Stars and the Brave Warriors are taking part in the biennial competition.

In another Group D game, leaders Guinea will be playing Zambia. The winner of this game will seal a place in the quarter-finals of the competition.

Manuel Marquez: Teams with fewer injuries will do better

Sat Jan 23 , 2021
Joao Victor, Souvik Chakrabarti and Nikhil Poojari are ruled out of the game against Jamshedpur FC… Hyderabad FC are fourth on the Indian Super League (ISL) and on Sunday, they will face Jamshedpur FC, who have suffered three consecutive defeats. The Nizams too have picked a point each from their […] 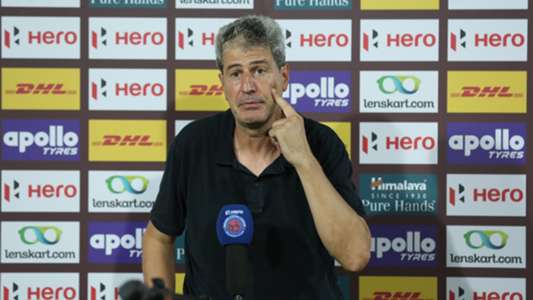