Tanzania coach Etienne Ndayiragije has challenged his players to focus on their next match in the African Nations Championship against Guinea set for Doula in Cameroon on Wednesday.

The Taifa Stars revived their hopes of making it from the group stage after they edged out Namibia 1-0 in their second match of the campaign played at Limbe Omnisport Stadium on Saturday night.

Farid Mussa secured the maximum points for the Taifa Stars after he scored the all-important goal in the 66th minute and they will now face Guinea knowing a win will guarantee them passage into the group stage of the competition.

Ndayiragije has confessed their celebration for the win against Namibia ended at the final whistle of the contest and their main focus has shifted to the must-win clash against the Syli Nationale.

“I am going to review our plan against Guinea in order to see what measures we can do to get positive results from them,” the Burundian tactician said as quoted by Daily News.

On whether striker John Bocco, who is yet to play in the tournament owing to injury, will be available for the clash, Ndayiragije said: “For now, I am just focusing on the players who are already 100 percent fit to play because they too have an opportunity to fight for our country because we did not come here to play but rather to win matches.”

Ndayiragije further revealed the opening 2-0 defeat against Zambia psyched up his players to put up a good show against Namibia which resulted in the victory.

“This is just the continuation of the good works we started doing in this tournament,” Ndayiragije continued.

“I like to use what I have in hand and not thinking about something I do not have. This is the team I have at the moment and I will use it throughout the competition.”

Taifa Stars keeper Aishi Manula, who made brilliant saves to keep the team in the game, has also thanked his teammates for putting up a brave display to come out winners against a strong Namibian side.

“Our target was to win at all cost to have a chance of going deeper into the contest,” Manula, who turns out for Simba SC in the Mainland Premier League, told the same publication.

“As such, we are thankful to God for helping us to reach our target and we now see the light at the end of the tunnel. Frankly, it was a tough match since our opponents also had the same target to win the match.

“Just like us, they also lost their opening encounter as such, it was the fight for survival for both sides.”

Mon Jan 25 , 2021
The England-born coach was only in charge for nine matches, and picked up nine points, in what was his second stint with Lidoda Duvha Struggling Premier Soccer League side Black Leopards have axed head coach Dylan Kerr. The Limpopo club confirmed the news on their social media channels late on […] 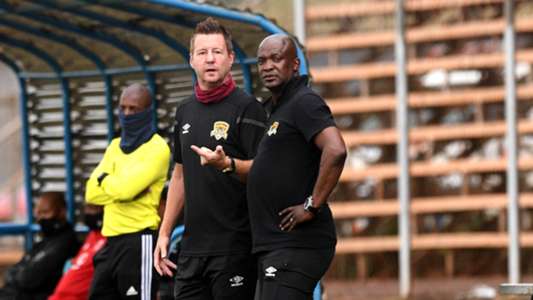