Rwanda striker Ernest Sugira has admitted he is not 100% percent fit despite notching the goal that booked the country a place in the quarter-finals of the African Nations Championship on Tuesday.

The 29-year-old was the hero for the Amavubi after he came on as a second-half substitute for Savio Nshuti and grabbed the winner in the 69th minute as they beat Togo 3-2 to qualify from Group C.

The striker has now said despite notching the winner, he still needs to work on his fitness so he can help the team progress further in the competition.

“I am delighted to have scored but the win should be credited to the whole team including the coaches and non-playing staff,” Sugira said as quoted by New Times.

“I will continue working on my fitness because I felt tired towards the end of the match due to not playing much in the last few months.”

On his part, former Gor Mahia striker Jacques Tuyisenge, who was named man of the match, has challenged his teammates to be more clinical in front of goal if they are to leave a mark at the competition in Cameroon.

“We created several chances in the match and could have scored five goals,” Tuyisenge told the same publication.

“I think if we become more clinical then we have a fair chance of reaching the quarterfinal because our defence has been impressive.”

The entertaining clash at Limbe Stadium saw the Amavubi come from behind twice to seal the win.

Togo had taken a deserved lead through Yendoutie Richard Nane in the 38th minute but Olivier Niyonzima levelled matters on the stroke of half-time superbly heading the ball past the Togo goalkeeper from a pinpoint free-kick from Emery Bayisenge.

The West Africans went ahead again in the 58th minute through Bilali Akoro, however, Tuyisenge equalised two minutes later after a wonderful cross from Fitina Ombalenga.

Sugira, who replaced Nshuti in the second half, netted the winning goal for Amavubi in the 66th minute to send the team through.

The result meant Rwanda have now reached the quarter-finals of Africa’s second-largest football competition for the second time in their four appearances.

Defending champions Morocco eventually topped the group following a 5-2 win against Uganda to reach seven points, Rwanda finished second with five while debutants Togo and Uganda dropped from the competition.

Wed Jan 27 , 2021
ISL FC Goa have been drawn alongside the likes of Iran’s Persepolis and Qatar’s Al-Rayyan in Group E… The All India Football Federation (AIFF) is likely to place a bid to host the games in Group E (West Zone) of the AFC Champions League (ACL)_, Goal has learnt. The invitation […] 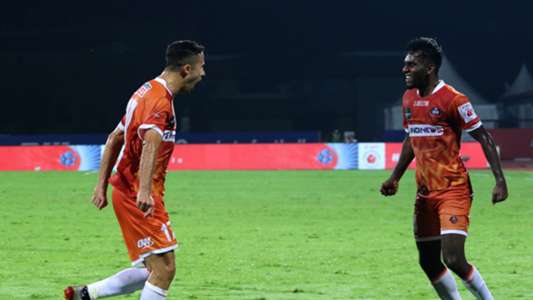