Zambia midfielder Spencer Sautu has confessed he was confident they would still recover and get something from their African Nations Championship fixture against Guinea on Saturday.

The two teams clashed in their second match of Group D with Guinea taking the lead in the 58th minute through Victor Kantabaduno’s effort but the tie ended on an equal footing eventually after Sautu came off the bench to equalize in the 87th minute for a 1-1 draw.

The Chipolopolo midfielder has now said he was confident they will not lose in the fixture which was played in Limbe and was happy for his goal, though he was disappointed because they could not bag maximum points.

“No, I never felt like we would lose that game because football is played until the last whistle,” Sautu said as quoted by Zambia FA social media pages.

“So, for me, I kept on believing, no wonder when I came from the bench, I believed in myself until the last minute, and thank God the goal came.”

Sautu, who turns out for Zambian giants Power Dynamos, also said they have already shifted their focus to the clash against Namibia which will be staged on Wednesday.

“That game is not going to be easy because we know how Namibia plays,” Sautu continued. “They try to build on a quick game so for us, we will be ready for them because for us we cannot just give it away looking at where we are coming from.

“We needed a win today [Saturday], but we never got a win so obviously for the next game it will be like a cup final because if we don’t win that game, it is doom for us so we make it to the next round.”

The Chipolopolo will face Namibia at Limbe Stadium while Tanzania’s match against Guinea has been moved to Doula, and it is the matches that will decide the destiny of Group D.

Sun Jan 24 , 2021
The Chennaiyin tactician feels that his side will need a more attacking approach against the Islanders… Chennaiyin coach Csaba Laszlo wants to take heart from his side’s previous fixture against Mumbai City in the 2020-21 Indian Super League (ISL) despite that game ending in a 2-1 defeat. The southern outfit currently finds […] 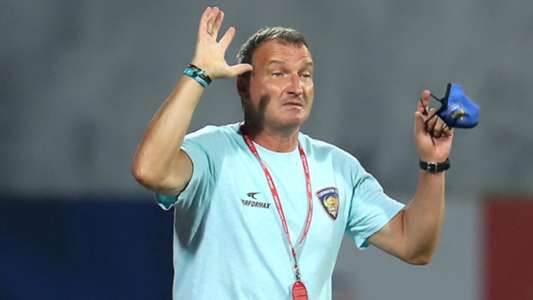