Rwanda coach Vincent Mashami is happy with the overall performance of the team at the African Nations Championship despite dropping out at the quarter-final stage.

The Amavubi failed to make it to the semi-finals of the competition after they suffered a 1-0 defeat against Guinea in the last eight contest staged at Stade de Limbe, Cameroon on Sunday.

Guinea playmaker Morlaye Sylla then took the responsibility to score from the resultant free-kick in the 60th minute after Kwizera was penalised for his late tackle on advancing striker Yakhouba Barry and the goal was enough to send them to the last four of the tournament.

Despite losing at the quarter-final stage, coach Mashami has lauded the team’s overall display insisting they will learn from the mistakes that cost them a historic semi-final place.

“First of all, I want to congratulate Guinea for a hard-fought win, they are an organised team with and without the ball,” Mashami said as quoted by New Times.

“I think we played well, we tried to compete but lost the tie through a few errors but that is football,” Mashami explained while asking his team to be proud of their journey in the tournament and also learn from their mistakes.

On the red card to his goalkeeper Kwizera, Mashami said: “I believe we didn’t handle the opportunity well that we got by having one more player on the field.

“The players were in a hurry to score a goal and failed to be calm and composed in front of goal, that is a lesson that they will learn from.”

Meanwhile, former Rwanda coach Jimmy Mulisa believes the team deserved more than the quarter-final place going by their performance in the competition.

“The national team was at least able to bring back hope among Rwandans,” Mulisa told the same publication. “There is something positive about their performance and I think this should be something that football authorities should build upon, start something new that can bring results that can keep Rwandans happy.

“Everybody was excited and curious to know every update from Amavubi in Cameroon because the character they showed during the group stages made Rwandans believe the team deserved more.

“We can build from that, find areas to improve, and make the best out of the potential that Rwandan footballers have so that we can perform much better.”

Guinea will now face neighbours Mali in the semi-finals on Wednesday at Japoma Stadium in Douala.

The other last-four match will be played on the same day between hosts Cameroon and holders Morocco at the Limbe Stadium while winners of Wednesday’s matches will clash in the final at the Ahmadou Ahidjo Stadium on Saturday.

The losers will play in the third-place play-off at the Reunification Stadium in Douala on Friday.

Tue Feb 2 , 2021
The Frenchman now says he is very much impressed with the current squad at Msimbazi and promises good results Simba SC coach Didier Gomes Da Rosa has expressed his satisfaction with the squad after they managed to lift the Simba Super Cup in Tanzania. The Wekundu wa Msimbazi were crowned […] 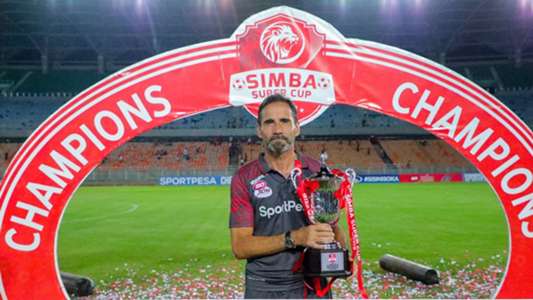