The Tanzania Football Federation has confirmed defender Erasto Nyoni has been allowed to return home from the African Nations Championship squad in Cameroon.

The Simba SC player has not played any part during the competition where the Taifa Stars were drawn in Group D alongside, Guinea, Zambia and Namibia.

The defender, alongside Simba striker John Bocco, travelled with the team to Cameroon with injuries, with the team’s medical team hoping they will be fit to play in the competition.

However, in the opening two matches which Tanzania played against Zambia, losing 2-0, and against Namibia, which they won 1-0, Nyoni and Bocco did not make the starting XI nor the reserve bench.

The TFF has now confirmed in a short statement on their social media pages that Nyoni has been released to leave the team’s camp in Doula so he can continue with treatment back in Tanzania.

“Our player Erasto [Nyoni] has been given permission to leave Taifa Stars camp in Cameroon and will travel home to continue with treatment as directed by the team of doctors,” read the statement on the TFF social media pages.

Tanzania remained on course to reach the knock-out stage of the competition with the victory against Namibia in a match played at Limbe Omnisport Stadium on Saturday night.

Farid Mussa secured the maximum points for the Taifa Stars after he scored the all-important goal in the 66th minute and they will now face Guinea knowing a win will guarantee them passage into the next stage of the competition.

Ahead of their third match against the Syli Nationale on Wednesday, coach Etienne Ndayiragije has challenged his players to focus on the must-win contest.

“I am going to review our plan against Guinea in order to see what measures we can do to get positive results from them,” the Burundian tactician said as quoted by Daily News.

On whether striker Bocco, who is yet to play in the tournament owing to injury, will be available for the clash, Ndayiragije said: “For now, I am just focusing on the players who are already 100 percent fit to play because they too have an opportunity to fight for our country because we did not come here to play but rather to win matches.”

Mon Jan 25 , 2021
The Blues owner has wished a club legend well for the future after deciding to make a change in the dugout midway through the season Roman Abramovich says Frank Lampard’s status as a Chelsea icon “remains undiminished” despite his dismissal, and has thanked him for his work at Stamford Bridge […] 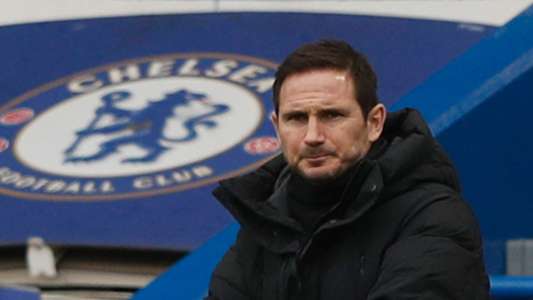