Zambia have confirmed midfielder Bruce Musakanya will not be available to face Morocco in their quarter-final clash of the African Nations Championship on Sunday.

According to Chipolopolo doctor George Phiri, the Zesco United player strained his muscle during the 0-0 draw against Namibia and will be out for the next three days.

“Musakanya picked a muscle strain during the match against Namibia and after monitoring his progress, he will be out for the next three days and that means he won’t be ready to play against Morocco,” Phiri told Zambia online.

Phiri has also revealed that Zachariah Chilongoshi who sustained a knock in Wednesday’s game will be available for selection ahead of Sunday’s crucial encounter.

“We have also tested our players for Covid-19 and are waiting for the results but so far everything is looking good in camp and we are ready to face Morocco.”

Meanwhile, Chipolopolo captain Adrian Chama believes they will face a bigger challenge against the North African side in the last eight of the competition.

“Morocco will be a bigger challenge, but one which we are ready for. Coming into this tournament we had set our targets as a team, the first one was to go past the group stage, today we reached that target, we will prepare adequately for Sunday’s game against Morocco,” Chama told Zambia online after their game against Namibia.

On his part, coach Milutin ‘Micho’ Sredojevic admitted it will not be an easy game against Morocco.

“It is not easy to play against a team that has no pressure but has the intention to be party spoilers in a way. They have proudly played for their country and I give them credit to the coach and his team,” Sredojevic was quoted as saying.

“We need to critically look at ourselves why from 20 attempts, not even one could finish where it is supposed to finish. This is now something that we need to look at critically and we need to correct all this before playing a quarter-final match.”

“With all due respect to Morocco, they are a top team, they are favourites, they are defending champions and whatsoever. Let them take the role of the favourites, we are who we are, we shall come with the same approach, giving our best,” he said.

He added: “Everyone has a right to count us off but we ourselves we believe that we have what it takes to progress from the quarter-finals.”

Zambia qualified to the quarter-finals after beating Tanzania 2-0 before drawing 1-1 with Guinea. In the final game, Zambia drew 0-0 with Namibia.

Sat Jan 30 , 2021
Chapecoense’s fightback against adversity continued on Saturday when they clinched the Brazilian Serie B title – which was sealed with a Panenka penalty. The club have a huge amount of goodwill around the world after the plane crash that took the lives of 19 players in 2016 – with only […] 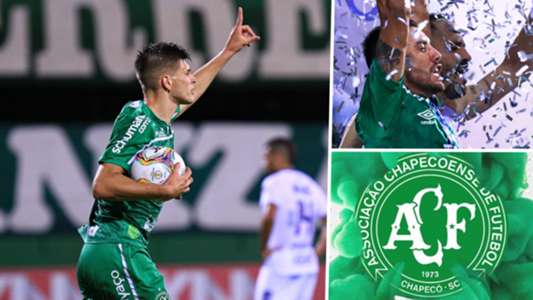