Uganda head coach Johnathan McKinstry has admitted they fell to a clinical Morocco during their African Nations Championship match on Tuesday.

Morocco picked up a 5-2 win over the Cranes and advanced to the quarter-finals and McKinstry – whose side needed a win against the Atlas Lions in order to progress after falling to Togo in the second group game – has stated the North Africans were lethal in front of goal.

Soufiane Rahimi’s brace, coupled with Ayoub El Kaabi and Hamza El Moussaoui goals and an own goal by Uganda’s Charles Lukwago secured the victory for the reigning champions.

“Morocco were clinical and absolutely clinical. We gifted them a couple of goals but even when you give the ball to them in dangerous areas they have to put them in the net,” McKinstry told Goal after his side suffered a second group loss.

“Congratulations to my counterpart and Morocco who have been the best for the rest of the tournament. Look, it was a game we all knew it was going to be very tough.”

McKinstry did not contest the penalty for Morocco towards the end of the first half which was converted by El Kaabi. The star made history after scoring the penalty as he became the first-ever player to score 10 goals in a Chan tournament.

He had scored nine when Morocco won the previous edition on home soil.

“The penalty obviously could not come at the worst time but we have got no complain whether it was a penalty because even my technical bench could not see what I saw from my position and so it was a fair enough call,” he added.

“For the second goal, our young left-backs slept which again is very unfortunate and thereafter the game started to unravel.”

As he conceded the penalty for Morocco, the former Rwanda head coach also claimed he was told of an instance where Uganda should have also been awarded one.

“I have been told by at least five people on the phone that there was a handball which was not given to us,” McKinstry stated.

“Apparently with the penalty we could have gotten well. But look, it started going away from us because when you go behind we had to throw caution to the wind.”

Uganda will now return home and shift focus to the upcoming African Cup of Nations and World Cup qualifiers.

Wed Jan 27 , 2021
The Frenchman admits his new signing from Nigeria is currently not fit enough to play in a competitive match owing to Covid-19 Simba SC coach Didier Gomes Da Rosa has said that new striker Junior Lokosa is still not fit enough to compete in the Mainland Premier League. The Nigerian […] 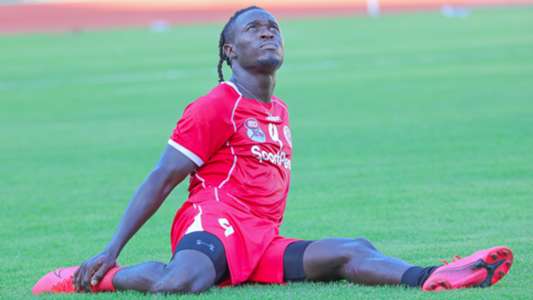