The Amavubi, who did not lose a group match, advanced to the knockout stages after a 2-1 win over Togo on Tuesday

Rwanda head coach Vincent Mashami has explained why they deserved a place in the African Nations Championship quarter-finals.

Rwanda did not have adequate time to prepare for the tournament given the challenges that were caused by the coronavirus pandemic. The tactician ended up selecting a squad dominated by players from AS Kigali and APR who reported late as they had club assignments in the Caf Confederation Cup and in the Champions League.

Soccer activities had also been stopped after the coronavirus cases surged just as the 2020/21 season had begun.

“Despite the challenges we have had in the league at home due to Covid-19, we have worked very hard with the players and we deserve to be in the knockout stage,” Mashami said as was quoted by Caf Online.

Despite the challenges, the 2016 Chan finalists started the tournament with a 0-0 draw against Uganda, followed by another stalemate against Morocco, and the final group match 2-1 win over Togo.

“Two draws and a win in the group stage have motivated us to keep working hard with the belief that we still have a lot to offer,” Mashami added.

The coach also spoke about Thierry Manzi who got injured as they battled the Sparrowhawks.

“Thierry is a mature and experienced player who brings a lot to the team and we shall work hard to have him fit for the quarter-final stage,” he concluded.

Meanwhile, the Rwanda national police condemned the reckless celebration that rocked Kigali City after Amavubi sealed a place in the quarter-finals.

“Following a football match victory in favour of Amavubi, some residents in Kigali celebrated by ignoring stay home orders and other Covid-19 preventive measures. This kind of reckless behaviour during a pandemic is unacceptable,” a tweet by the police read.

“Last night, police officers made sure that everyone stopped the reckless behaviour and went back to their homes.

“We are all proud of the victory of our national team but we cannot afford to be reckless in these times of Covid-19. Sure nobody wants this to be his or her last celebration of Amavubi’s victory.

“Amavubi are expected to have more wins in the future of which each of us wishes to celebrate alive and healthy. Please stay home, celebrate at home, and keep adhering to all Covid-19 preventive measures.”

Following a football match victory in favour of #Amavubi last night, some residents in @CityOfKigali celebrated the victory by ignoring #StayAtHome orders and other #COVIDー19 preventive measures.

This kind of reckless behavior during a pandemic is unacceptable.

After Uganda’s elimination, East Africans will have all their eyes on Tanzania to see if they will overcome Guinea on Wednesday and join Rwanda in the knockout phase.

Nigeria legend Okocha: It is very pleasing to be the idol of 'world star' Ozil

Wed Jan 27 , 2021
The Super Eagles legend has reacted to the statement of the 2014 World Cup winner following his presentation at Fenerbahce Former Nigeria captain Jay-Jay Okocha has backed Mesut Ozil to succeed at Fenerbahce and he suggested they have similar careers. During his media presentation on Wednesday, Ozil described Okocha as […] 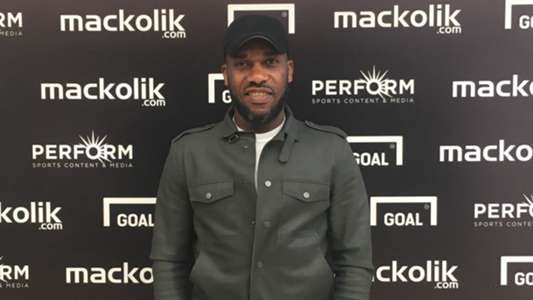