The Amavubi picked up a surprising draw against the reigning champions, the Atlas Lions, who are seen as the tournament’s favourite

Rwanda head coach Vincent Mashami has urged his players to be conquerors in the African Nations Championship after recording a 0-0 draw against Morocco.

It was the second game the Amavubi earned a point from a 0-0 draw after the initial stalemate against Uganda. The Eastern Africans will be up against Togo in the last Group C match on Tuesday.

“We must not have any regrets so let’s be conquerors,” Mashami was quoted by Caf Online.

“I’m happy with the result, we had the means to win this match, and my young players were heroic. We missed a lot of chances, it shows that we are progressing slowly but surely.

“We’re not going to calculate what to do to qualify. We have to win the next, qualification is now within our reach.”

On his part, Morocco coach Houcine Ammouta felt they deserved a better result than what they got against Rwanda.

“We dominated possession but we accept the result,” Ammouta said.

“Rwanda has a quality and tactically disciplined team. There is no easy game to score, you have to have the ball and create space.

“Regarding Ayoub El Kaabi, I have no worries, he has not scored but he works for the team, we will give him confidence so that he finds his normal performance again.”

Tuesday’s game is expected to be a fierce contest as Uganda will be looking for three points that will push them to the knockout phase.

Johnathan McKinstry – Uganda’s coach – stated his side boasts of quality players to get the needed result against the Atlas Lions.

“If we can produce the display especially that we had in the second half [vs Togo], which had a little bit more quality, we can get the result against Morocco,” McKinstry said in a separate interview.

“And if that happens we will be in the quarterfinal. So, people are disappointed now and everyone is after a loss, but we need to get our heads up. We know we have got the quality that is going to cause Morocco problems.”

Morocco are on top of Group C with four points after an opening 1-0 against the Sparrowhawks while Togo, Rwanda and Uganda are second, third and fourth, respectively.

Sat Jan 23 , 2021
The Turkish giants have had to wait for a quarantine period to be taken in, but they expect a deal to be finalised for the German on Tuesday Fenerbahce have set a date for Mesut Ozil to complete his move from Arsenal, with club president Ali Koc expecting the relevant […] 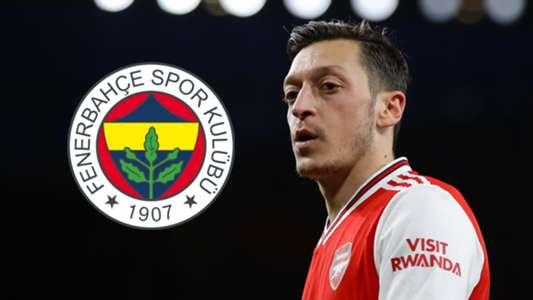