Amavubi are third in their pool with two points from identical 0-0 scores against Uganda and defending champions Morocco. A win in their final group game against the Sparrowhawks will guarantee them a place in the last eight of the biennial competition.

“Every time I am going for a game, I consider it as the last game of my life,” Tuysienge, who plays for APR in his home country, said ahead of the game.

“We are going to give our best. We did not come here for tourism but to stay in this competition which can only be achieved by winning the game.”

This is the fourth time Amavubi are playing in Chan. They made their debut in 2011 in Sudan but ended up losing all the three group-stage games. Their next appearance in the competition was in 2016 when they were hosts.

They reached the quarter-finals of the competition. Two years later, they were in Morocco again but they did not go past the initial stage.

Meanwhile, Uganda coach Johnathan McKinstry has stated his charges will give absolutely everything to get the needed result to eliminate defending champions Morocco from the competition.

The two teams will meet at the Reunification Stadium on Tuesday night with the winning team qualifying for the quarter-finals of the competition.

The Northern Irish manager concedes his charges have already given a lot in the previous two games against Rwanda and Togo, but they will have to work even harder against the defending champions to seal progression.

“[The players] have put a lot of energy in the first two games, and now it is about everything they have got,” McKinstry said.

“There is no point in reserving energy for games in the future. Because those games may not happen. If we reserve anything it is going to be a waste.

“They need to go out on the field and put every last ounce of energy. That is the first thing and look when we get the result we need, then yes we will have to rebuild [the players].”

The Atlas Lions lead Group C with four points, followed by the Sparrowhawks who are on three. The Amavubi are third with two points while the Cranes remain at the bottom with a point which came from a draw with Rwanda.

Mustafi will leave Arsenal by the summer, says agent

Tue Jan 26 , 2021
The German defender’s father and representative has confirmed that he won’t be staying at Emirates Stadium beyond this season Shkodran Mustafi will leave Arsenal by the summer after falling way down the squad pecking order, according to his agent. Mustafi has taken in over 150 appearances across all competitions for […] 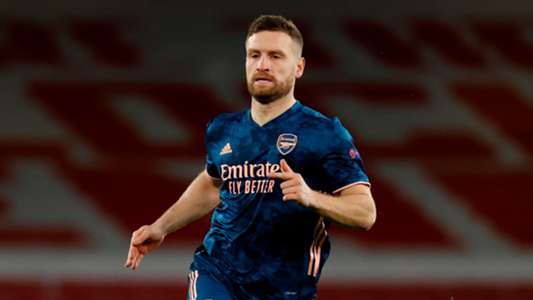