Rwanda have received a huge boost after two of their star players recovered from injuries ahead of their African Nations Championship quarter-final clash against Guinea.

The Amavubi will face the Syli Nationale in their last-eight encounter at Limbe Stadium after making it out of Group C.

Ahead of the match, Amavubi have confirmed the return of Eric Zidane Nsabimana and Bertrand Iradukunda with coach Vincent Mashami saying it will help his team reach their target of qualifying for the semi-finals of the competition for the first time in history.

“I am so happy that Iradukunda and Nsabimana are back from injury,” Mashami said as quoted by New Times. “It means that now we will have more options in midfield.”

However, the team will miss the services of centre-back Thierry Manzi due to respiratory problems and Emery Bayisenge is expected to replace him.

Following a stunning 3-2 win over Togo that sealed Rwanda a spot into the knockouts on Tuesday, Mashami is ‘aware of the challenge’ in hand and optimistic about his side’s chances.

“Tuesday’s victory gave us confidence; we will go into the match [against Guinea] with a mission to win. We are aware of the challenge, but I believe we can proceed to the next round,” Mashami told the same publication.

In an earlier interview, Mashami explained why they deserved a place in the quarter-finals.

Rwanda did not have adequate time to prepare for the tournament given the challenges that were caused by the coronavirus pandemic.

The tactician ended up selecting a squad dominated by players from AS Kigali and APR who reported late as they had club assignments in the Caf Confederation Cup and in the Champions League.

“Despite the challenges we have had in the league at home due to Covid-19, we have worked very hard with the players and we deserve to be in the knockout stage,” Mashami said as quoted by Caf Online.

Holders Morocco, who finished as Group C leaders ahead of Rwanda, will face Zambia – Group D runners-up – in another quarter-final clash on Sunday, at Stade de la Réunification.

In another round of eight fixtures, due on Saturday, hosts Cameroon will be up against two-time winners DR Congo, whereas the 2016 finalists Mali will face the Republic of the Congo.

Meanwhile, starting with the quarter-finals, the tournament will adopt the use of video assistant referee technology.

Sat Jan 30 , 2021
The coach made the comments in his pre-match presser ahead of the Saturday clash against Nottingham Forest Clarke Oduor’s manager at Barnsley Valerien Ismael has stated he is impressed with the development of the Championship team. Barnsley are yet to pick a win in 2021 and the manager has said […] 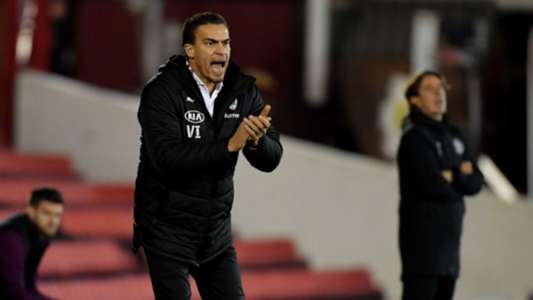