Here’s what you need to know about the top scorers in this year’s competition, with candidates from Borussia Dortmund, Manchester United and Juventus

The group phase of the 2020-21 Champions League is winding down, with the eagerly-anticipated knockout phases of the tournament starting in a few short months.

There is still a lot to play for as the competition nears the end of the group phases, with even more mouthwatering ties ahead.

Goal will keep you updated on the individual goal tallies for the highest-scoring Champions League players this season.

Wonderkid Erling Haaland, Neymar and Marcus Rashford and Alvaro Morata all lead the pack with six goals (though Rashford will be unable to maintain his streak as Man Utd have dropped down to the Europa League).

Olivier Giroud has shot up the charts after scoring all four of Chelsea’s goals as they won big in Sevilla; he is level with Borussia Monchengladbach striker Alassane Plea and Lazio’s Ciro Immobile on five strikes.

Meanwhile, Kylian Mbappe scored a hat-trick against Barcelona in PSG’s first-leg round of 16 game at Camp Nou.

Robert Lewandowski was the top-scorer in last season’s Champions League, his 15 strikes instrumental in Bayern Munich winning the competition.

The German giants picked up their sixth Champions League trophy after beating Paris Saint-Germain 1-0 in the final of the tournament, with Kingsley Coman netting the winning goal early in the second half.

He was followed by Haaland with 10 strikes for both RB Salzburg and Dortmund, and Bayern team-mate Serge Gnabry’s nine strikes placing him third.

'Only 10 clubs' can afford 'star of next generation' Haaland, insists Raiola

Tue Feb 23 , 2021
The 20-year-old is wanted by the world’s best teams and his agent believes he is the heir to Cristiano Ronaldo and Lionel Messi Erling Haaland will be the star of the “new generation” of football players according to Mino Raiola, who says only 10 teams – including four in England – […] 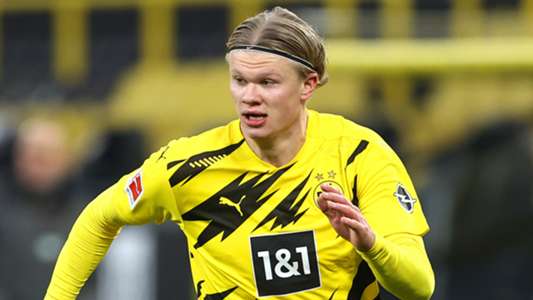