Wazito FC coach Francis Kimanzi has played down suggestions his charges will be among the favourites for the 2020/21 Football Kenya Federation Premier League title.

The Nairobi-based charges have been in good form and after Friday’s 2-1 win over Nzoia Sugar, some feel the team is ready to offer a stiff challenge for the trophy. However, the immediate former Harambee Stars coach believes otherwise.

“I cannot say we are challenging for the league this season,” Kimanzi told Goal on Saturday.

“It is an unrealistic objective which will put the team under unnecessary pressure. Currently, it is all about one game at a time. We are still under the process of building a team for the long term and not setting unrealistic goals.”

After the release of Derrick Otanga, Elvis Rupia, Pistone Mutamba, Paul Kiongera and Victor Ndinya in the recent past, the team has struggled to get a replacement.

The tactician has conceded he is in the market for an established striker to help boost his attacking department.

“Yes, we are targeting a striker who can help us improve our attack, but currently, our options are limited,” Kimanzi continued.

“It is a challenge to get a quality striker during the mid-season transfer window. We are, however, looking around to see if we can secure one. But if not the case, then we will have to work with what we have.

“We want to continue pushing harder and ensure we build a quality team that will consistently perform.”

On Friday, Kevin Kimani and Whyvonne Isuza scored for Wazito while the Sugar Millers found the back of the net in the first half courtesy of Erick Otieno.

Nzoia Sugar were the stronger side in the opening 10 minutes and they got an opener in the ninth minute via Otieno’s effort.

In the 53rd minute, Dennis Sikhayi was fouled and Wazito won a penalty that was converted by Kimani, who has been a sensation since his move from Mathare United to the former National Super League champions.

Francis Kimanzi made a 65th-minute change when he introduced Vincent Oburu in place of Boniface Omondi and five minutes after his introduction, he was denied by Katasi as he launched his trademark shot in search of Wazito’s second.

As Nzoia Sugar failed to clear the ball in their area, they gave Isuza a great chance to double Wazito’s lead from a crowded area in the 71st minute, and he made no mistake with his finish.

Sat Jan 23 , 2021
The 2021 January transfer window has opened and Premier League clubs are busy trying to sort out new signings before the deadline at the beginning of February. Falling roughly mid-way through the season, the January window provides clubs with an opportunity to bring in reinforcements and to officially conclude previously […] 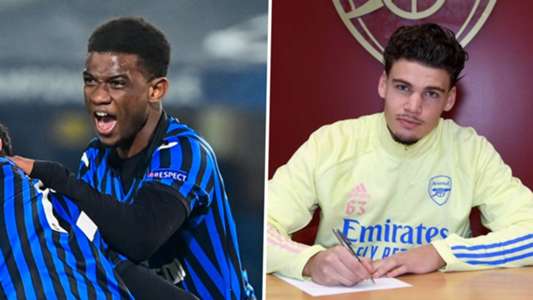