Thiago Seyboth Wild talks about the current situation in Brazil, how he’s getting back into a routine, what he misses most about the tour and introduces us to his new dog Malu.

The last time we saw Seyboth Wild, the Brazilian was lifting a trophy. But it wasn’t just any trophy. Just two weeks shy of his 20th birthday, Seyboth Wild celebrated his maiden moment on the ATP Tour in late February, taking home his first piece of silverware.

For the young Brazilian, it was a crowning achievement and one that he’ll never forget. The unseeded wild card charged through a murderer’s row of clay-court stars to capture his first tour-level crown. He toppled Argentines Facundo Bagnis and Juan Ignacio Londero to open his campaign, before earning his first Top 20 win over Cristian Garin in the quarter-finals. A 6-1, 6-3 rout over Renzo Olivo would book his spot in the final, where he capped a fairytale week with a tight three-set victory over Casper Ruud.

Seyboth Wild entered the tournament with just one match win in 2020, but he found his form in a hurry. His victory in Santiago was a surprise to many. After all, the 20-year-old had never previously reached an ATP Tour quarter-final and was standing outside the Top 200 when the month began. But, as Seyboth Wild proved, hard work goes a long way.

“It’s the hard work and the sacrifices I’ve made paying off. Giving your best on the court, working as hard as you can and leaving it all out there. It may not come in a month, it may not come in two months, but I can assure you that you’ll be happy for what you’ve achieved.”

Seyboth Wild’s impressive run in Santiago can be attributed to a breakthrough on the ATP Challenger Tour at the end of the 2019 season. A 10-1 finish to his campaign was punctuated with a maiden Challenger crown in Guayaquil, Ecuador. He sprinted to the title on the clay of Guayaquil, dropping just one set in six matches.

Now, up to a career-high No. 114 in the FedEx ATP Rankings – and second in the ATP Race To Milan – Seyboth Wild is soaring towards the Top 100. But first, the #NextGenATP star is taking on a new challenge in his native Brazil. With the country emerging as a COVID-19 hotspot, he admits his priorities and daily routine have changed.

“As a tennis player, your life is a routine. You plan your weeks in advance, but you have stuff to do and many goals. Now, we don’t have that anymore. We have to get used to life now. We have to go slowly and take as much care as we can.

“Now, I wake up at 7am and take the dog for a walk. At 8:30, I have to be at the academy to stretch and warm up for practice at 9. I hit until 11 and then do fitness until 1pm. That’s going to change soon, because I’ll be training in the morning and afternoon. I think getting back to normal life is what we’re all hoping for. It’s going to take a while, but let’s make it as normal as we can.”

Seyboth Wild has been in quarantine in Rio de Janiero with his girlfriend and his pets, which include a newly adopted dog named Malu. As he explains, he’s cherishing the opportunity to spend time with loved ones and enjoy these rare moments at home with Malu.

Ceferin on Champions League restart: The teams will stay in Portugal

Wed Jun 17 , 2020
Champions League UEFA announced their plans UEFA president Aleksander Ceferin gave a press conference on Wednesday afternoon with no journalists present, detailing just how the 2019/20 editions of European competitions will end, confirming that Champions League teams will stay in Portugal. Having originally been pencilled in for the Ataturk Stadium in […] 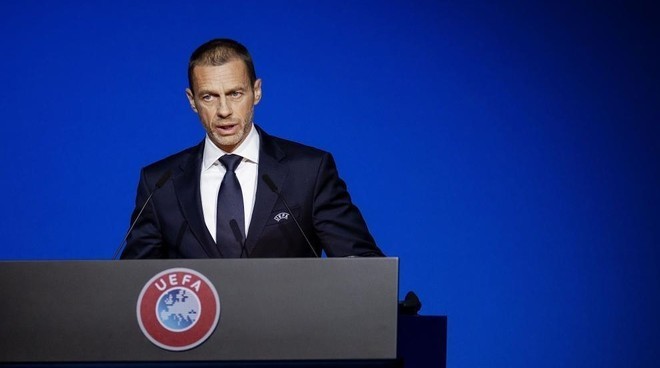