FC Goa failed to hold on to their first half lead as they were held to a 1-1 draw by Kerala Blasters on Saturday in an Indian Super League (ISL) clash. After a dominating show in the first half, the Gaurs were reduced to 10 men as Ivan Gonzalez was booked twice in a space of 30 seconds. The first yellow card was a result of an alleged foul he committed on Gary Hooper while the second was for an alleged shove on the referee iin remonstration.

Juan Ferrando was understandably displeased with the refereeing decisions and stated that his team certainly put in a dominant performance against Kerala when the two teams had 11 players on the field.

“To describe this game is so easy – injuries, red cards and a lot of problems against us. When we had 11 players on the pitch, FC Goa were better than Kerala Blasters but after the problems, there were difficult moments for the team but we found the solutions but in the end, it was very difficult.”

Ferrando was not satisfied with a draw against Kerala Blasters and felt that the match official made it difficult for his team with his decisions to award a free-kick for every apparent foul.

“Of course, I am not happy with one point. Our mentality is to get three points. We had a lot of problems but in the end, one point is not enough for us. I had prepared the team to find the space and try to attack but in the end, it was very difficult because every second there was a foul and there were decisions from the referee to stop the game. It became difficult for us to play in the last moment.”

Igor Angulo was kept on the bench for the third consecutive match and the Spanish coach explained why he took such a call.

“It’s most important for us to take care of our players. For example, James (Donachie) picked up an injury. Brandon (Fernandes) was injured in the last week. In the case of Igor (Angulo), he didn’t play against ATK Mohun Bagan and today he played for 45 minutes.”

Ferrando did not shy away from calling the match ‘strange’ as he felt too many decisions went against his team. He said, “I am thinking about preparing the team for the next match. I am very upset about certain incidents from today’s match. For me, they were strange.”

Sat Jan 23 , 2021
The DR Congo forward continued his sparkling performances for Pellegrino Matarazzo’s men at Schwarzwald-Stadion Silas Wamangituka found the back of the net in Stuttgart’s 2-1 defeat to Freiburg in Saturday’s Bundesliga game. The forward has been in terrific form in the current campaign and again shone in his 16th league […] 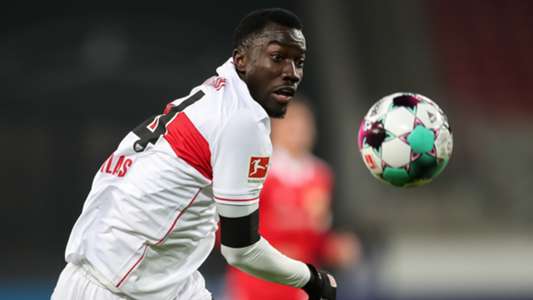