How to watch Central Cordoba vs River Plate

Santiago del Estero’s Central Cordoba were promoted to the top flight in 2019, and were spared a fierce battle against the drop in their first season up when relegations were suspended due to the Covid epidemic.

They have been impressive so far in the Copa Liga Profesional, beating the likes of San Lorenzo and Atletico Tucuman and losing just once to date to sit just two points out of the play-off spots after nine rounds.

River began the Copa on a low note, going down 2-1 to Estudiantes in their opening game.

Since then the Millonario have endured mixed fortunes, dispatching Rosario Central and neighbours Platense before falling at home to Argentinos and drawing the Superclasico 1-1 away to arch-rivals Boca Juniors.

The hosts are without Federico Andueza, Juan Galeano and Carlo Lattanzio, who have tested positive for Covid, while coach Gustavo Coleoni also misses out after catching the virus.

Fri Apr 16 , 2021
The Algeria international found the back of the net to help his side avoid defeat against Christophe Galtier’s men Andy Delort was on the scoresheet as Montpellier held Lille to a 1-1 draw in Friday’s Ligue 1 game at Stade Pierre-Mauroy. The 29-year-old has been delivering eye-catching performances for Michel […] 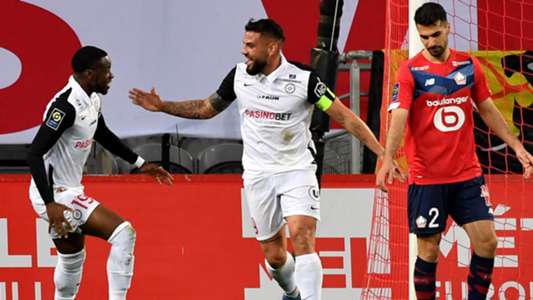