Ole Gunnar Solskjaer hailed Edinson Cavani ahead of his birthday outing at West Brom on Sunday, insisting the Manchester United striker “looks like he’s 24” instead of 34.

Cavani has quickly established himself as a fan favourite at Old Trafford after joining the club on a free transfer back in October, giving Solskjaer a valuable extra option in the final third alongside Marcus Rashford, Anthony Martial and Mason Greenwood.

The Norwegian boss has been delighted with the Uruguayan’s impact for the Red Devils in the first half of the season, and says the veteran forward’s preparation between matches and insatiable hunger for success befits a younger man rather than one heading towards the latter stages of their career.

Asked how Cavani continues to exude such a youthful aura in his mid-thirties, Solskjaer told United’s official website: “He looks like he’s 24!

“He’s been such a great addition to the squad and to the culture in the group, showing that desire and determination and meticulousness with his attention to detail at his age.

“He has been very good for us.”

What has Cavani done this season?

Cavani has hit seven goals in his first 23 appearances across all competitions for the Red Devils, despite having to make do with a back-up role at the start of his career in Manchester.

The former Paris Saint-Germain star, who left Parc des Princes as the club’s all-time record goalscorer last June, has gradually forced his way into Solskjaer’s starting XI with his latest stellar display coming in a 3-3 draw with Everton on February 6.

Cavani scored a header in that fixture to take his tally to three goals in his last four starts for Solskjaer’s side, and his continued presence could be vital as United seek to land their first trophy since 2017.

Who else has made a mark at United in their 30s?

Zlatan Ibrahimovic was even more successful than Cavani during his first season at Old Trafford, having also left PSG to take up a new challenge in the Premier League, at the age of 35.

The towering Swede scored 26 goals under Jose Mourinho in 2016-17, but left Manchester the following year after struggling with a serious knee injury.

Ibrahimovic’s fellow countryman Henrik Larsson also became a cult figure for the Red Devils during in a brief loan spell from Helsingborg in 2007. He only managed to score three goals in 11 appearances, but he is fondly remembered by fans for helping the team end a four-year wait for Premier League glory.

However, the man who was arguably United’s greatest ever signing over the age of 30 played as a goalkeeper, with Edwin van der Sar proving to be a bargain after signing for the club on a free transfer in 2005.

The Dutch shot-stopper picked up four Premier League crowns and the Champions League during his six-year stay at the Theatre of Dreams, while setting a record of 14 consecutive clean sheets in the top-flight which has yet to be matched.

Sun Feb 14 , 2021
NorthEast United remain unbeaten in their last seven games… NorthEast United boss Khalid Jamil feels that his team’s 3-1 win against bottom-placed Odisha on Sunday was a difficult challenge.  Luis Machado picked up a brace and Deshorn Brown also scored in the first half to give the Highlanders a healthy lead […] 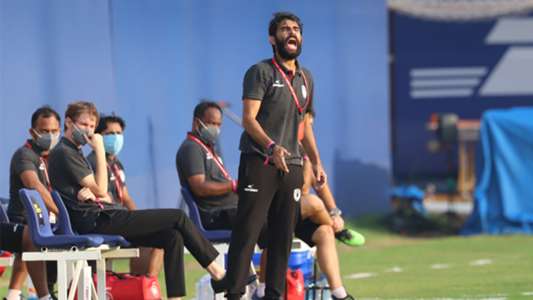